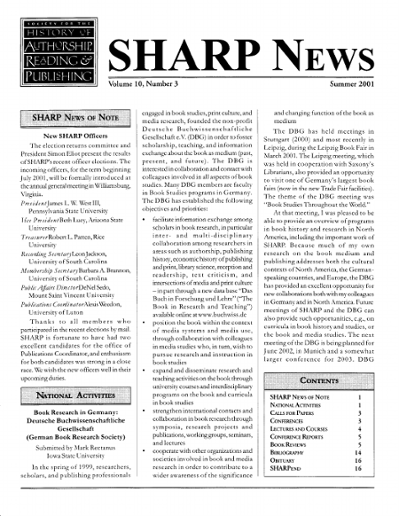 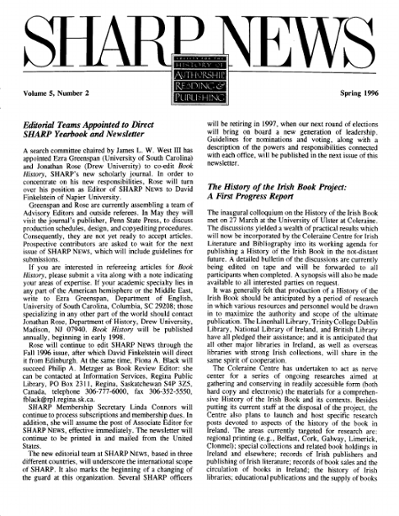 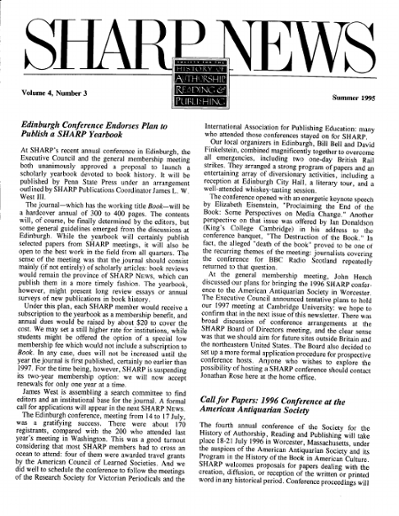 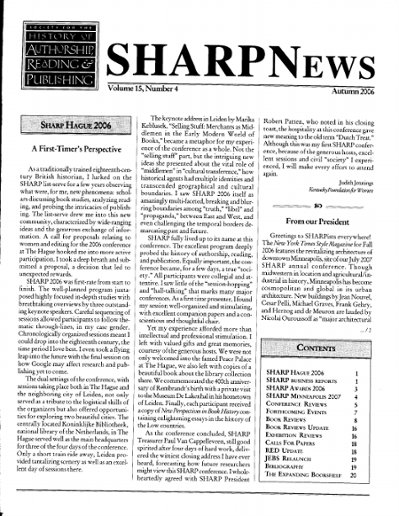 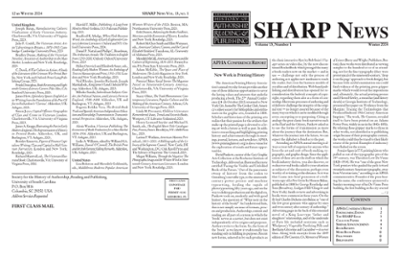 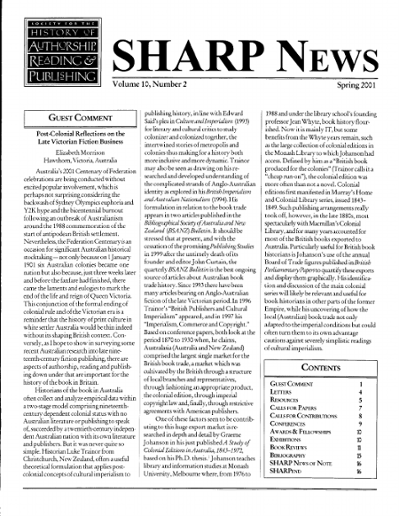 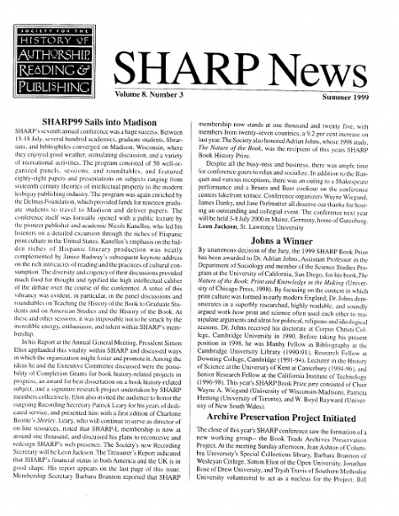 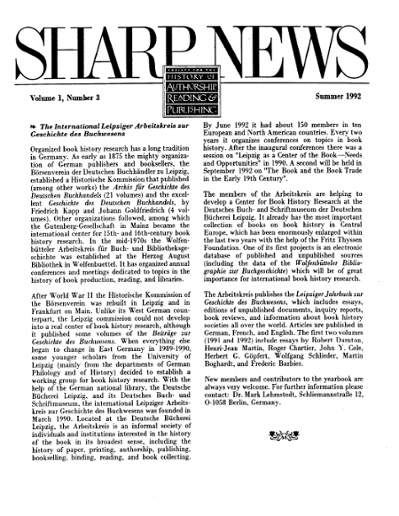 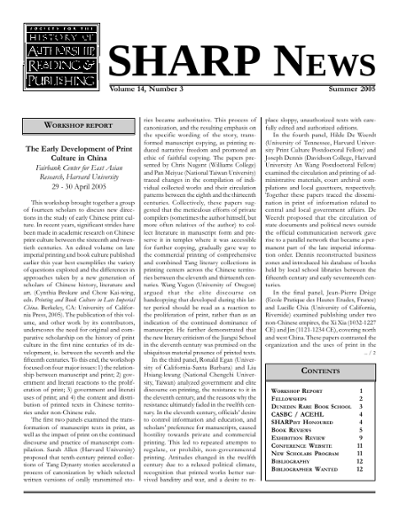 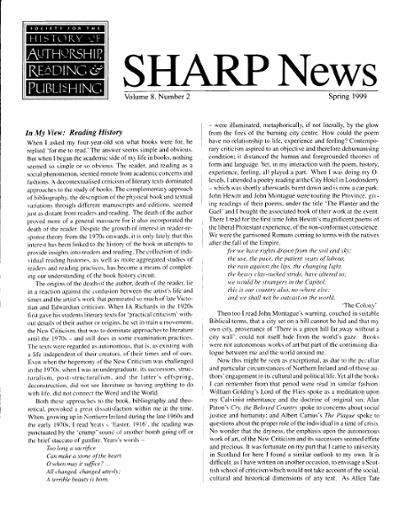 SHARP, (Society for the History of Authorship, Reading & Publishing) (Society for the History of Authorship, Reading, and Publishing, 1999)
This is the Spring 1999 issue of SHARP News. SHARP News (ISSN 1073-1725) is the quarterly newsletter of the Society for the History of Authorship, Reading and Publishing, Inc. Editor: David Finkelstein; Associate Editor: Linda Connors; Book Review Editor: Fiona Black. CONTENTS: IN MY VIEW: READING HISTORY; THREAT TO ABA ARCHIVES AVERTED; CALLS FOR CONTRIBUTIONS; CALLS FOR PAPERS; CONFERENCE ANNOUNCEMENTS; EXHIBITIONS; NEW JOURNAL ANNOUNCEMENT; SCHOLARLY LIAISONS; SEMINARS; BOOK REVIEWS; BIBLIOGRAPHY; IN MEMORIAM: DONALD MCKENZIE, WILLIAM J. GILMORE-LEHNE; SHARPEND. This issue includes the following contributions: IN MY VIEW: READING HISTORY, by Alistair McCleery (pp. 1-3); The Irish Book in the Twentieth Century; The Times: Now and Then; On Scrolls, Artefacts and Intellectual Property; Border Crossings: Exploring New Territories for Special Collections; Unpacking the Anthology; The Bookshop of the World: A Celebration of 500 Years of Printing and Publishing in the Low Countries; Speaking in Signs: Cultures of Communication in the Early Modern Americas; Victorian Meditations: Journalism, Gender and the Periodical Press; Feminist Forerunners: The New Woman in the National and International Periodical Press, 1880 to the 1920s (CONFERENCE ANNOUNCEMENTS) (pp. 5-6); Birds in Print: A Survey of Major Illustration Processes, 1500-1998; The Book of Martyrs in North America; Seeing What Shakespeare Means; Ardent Spirits: The Origins of the American Temperance Movement (EXHIBITIONS) (pp. 6-7); Mapping the Print Culture of Eighteenth-Century London; Telling Lives, Telling Lies?: Biography, Autobiography, and Personal Narrative (SEMINARS) (p. 7); BOOK REVIEWS, by Richard B. Sher, Gillian Fenwick, Frances Austen (pp. 7-10).