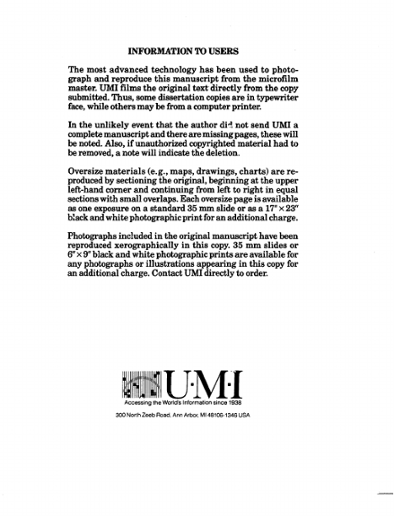 Thomas Mann's Joseph tetralogy, Der Zauberberg, and Doktor Faustus, treat the modernist themes of myth, history, and the self by offering a conception of mythic history. In Joseph Mann's purpose is to provide a vision of stability for the modern world, where history has become destructive. To recall humankind to its fundamental goodness, he invokes and transforms a mythic conception of time and self. In archaic thought, "history" is the nondevelopmental reenactment of original models, and the human self takes its identity from eternal prototypes. Mann complicates the archaic view by infusing mythic repetition with the temporality of human memory. Cultural recollection of archetypes stabilizes history not as people repeat set forms, but as they reenvision their heritage. The ego, therefore, like public history, develops as it reenacts evolving traditions. In Zauberberg and Faustus, Mann portrays the modern degeneration of this mythic history. History has deteriorated to circular repetition, and the self has lost its capacity to apprehend and reform its archetypes. In Zauberberg, Hans Castorp is charged with Joseph's obligation to reappropriate tradition in the cause of history. If Castrop can recover Joseph's vision, he has a chance to release himself and his times from circularity and restore civilization to historical movement. In Faustus, Adrian Leverkuhn composes music in circular patterns. If he were to break through this temporal stasis, he might save himself and civilization. In both books, however, the heroes are corrupted by moden culture. Castorp, like his contemporaries, finds himself seduced to irresponsibility, and he avoids departing the "magic mountain" of revolving time. Leverkuhn, like Germany of the fascist period, succumbs to the temptation of a diabolic pact that purports to promise a temporal breakthrough but instead encases music in repetitive rotations. Mann does not resolve the modern problem of time and self in either book. At the end as at the beginning of each tale, the contemporary world hangs in balance between salvation and perdition.