TRANSCENDENCE IN COSTA RICAN POETRY: FROM PRE-COLUMBIAN TIMES TO THE PRESENT. (VOLUMES I AND II). (SPANISH TEXT). 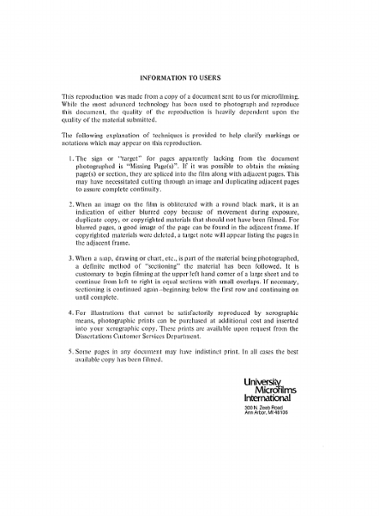 Transcendentalism's key tenet is the act of ego-transcendence: the perception of the basic unity of human being, nature, and universe, beyond traditional dichotomies such as ego/world, ego/non-ego, ego/others, spirit/matter, good/evil. It is, therefore, an awakening of the Self in the sacred world where profane dualities are non-existent, an illumination of consciousness in the perception of Cosmic Unity. Chapter 2 considers transcendentalism an archetypal Weltanschauung and therefore pursues its evolvement through time: in Latin American aboriginal cultures, especially Costa Rican; in Oriental thought: Hinduism, Taoism, and Zen, whose major literary creations are surveyed; in Emerson, Thoreau, and Whitman. It then traces its development in contemporary Hispanic literature, from Becquer, a precursor, to Jimenez and Guillen--the most representative Spanish contemporary transcendentalists--and Lezama Lima and Paz, their Latin American counterparts. It closes with a study of the thought and poetry of the Costa Rican writers who signed the Manifiesto transcendentalista in 1977. Chapter 3 explores transcendentalism in the oral literature of Costa Rican Indians, and a section on Colonial poetry, since most historians have ignored it. It closes by establishing the identity of the first truly Costa Rican poet, Justo A. Facio, the first modern writer to coincide with transcendentalism. Chapter 4 traces most instances of ego-transcendence in Costa Rican poetry from 1894 to 1957. It studies the lyrical evolution of the country in general and thus includes all major writers. Since the chapter offers a comprehensive, unified history of contemporary Costa Rican poetry, all stylistic, ideological, and thematic preferences were incorporated: lyric, epic, social, revolutionary, feminist, and children's poetry were analyzed. A generational scheme was employed for the historical organization, based on Cedomil Goic's adaptation for Latin American literature of Ortega's system, and was complemented with a summary of generational preferences to determine the sensibilidad vital of each group. These two methods allow for comparisons and contribute to incorporate Costa Rican poetry into the mainstream of Latin American literature. The study in general proves that most poets are individuals capable of transcending orthodox dualities to experience the Unity of existence.