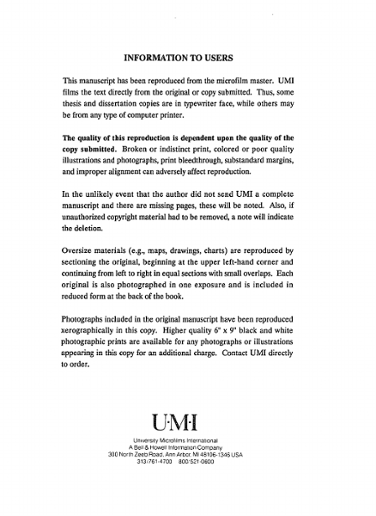 The hormonally active metabolite of vitamin D, 1,25-dihydroxyvitamin D₃ (1,25(OH)₂D₃), exerts its effects on target tissues through the 1,25(OH)₂D₃-receptor (VDR). In the avian duodenum, 1,25(OH)₂D₃ induces the synthesis of calbindin-D₂₈(k) (CaBP) which provides a model for the study of 1,25(OH)₂D₃-regulated gene expression. The research goals of this dissertation were to test the hypothesis of coordinate regulation of CaBP and VDR with respect to tissue distribution and dietary influence, and to further elucidate the mechanism of 1,25(OH)₂D₃-dependent CaBP expression. Furthermore, VDR regulation may be an important mechanism for modulating tissue responsiveness to the hormone and therefore, chicken VDR genomic clones were isolated in order to set the stage for the characterization of gene regulatory regions. Tissue distribution analysis revealed that VDR and CaBP mRNA were co-expressed with the exception of the avian brain, in which CaBP is widely and constitutively expressed but VDR mRNA is undetectable. Unlike the adult in which the intestine is the predominant site of VDR expression, in the 11 day-old chick embryo, VDR and CaBP mRNAs are nearly undetectable in the intestine, but highly expressed in the kidney. These observations suggest potential specialized functions of VDR and CaBP during development and tissue specific regulation of these gene products by factors other than vitamin D. In the avian intestine, adaptation to altered dietary intake of vitamin D, calcium or phosphorus resulted in a spectrum of endogenous 1,25(OH)₂D₃ concentrations which coordinately altered CaBP expression without a correlative variation in VDR levels. Thus, 1,25(OH)₂D₃ appeared to be the predominant regulator of CaBP, while another endocrine-mediated factor modulated VDR expression. Finally, CaBP mRNA and protein levels were tightly coupled, indicating that CaBP biosynthesis is regulated primarily by gene transcription or mRNA stability, but not post-translationally. In cultured embryonic chick duodena, 1,25(OH)₂D₃-induced CaBP mRNA displayed a delayed accumulation, which could be explained neither by slow nuclear binding of 1,25(OH)₂D₃ nor by a mechanism involving stabilization of CaBP mRNA. CaBP pre-mRNA and mRNA sequences, detected by polymerase chain reaction, increased 1 h after hormone exposure and continued to accumulate concomitantly, arguing against a mechanism involving a 1,25(OH)₂D₃-elicited regulation of pre-mRNA processing. Since actinomycin D or cycloheximide inhibit 1,25(OH)₂D₃-induced CaBP mRNA accumulation, a labile auxiliary protein or other cofactor, which may be 1,25(OH)₂D₃-dependent, is proposed to be necessary for 1,25(OH)₂D₃-mediated CaBP gene transcription in chick duodena.