Technological reflections: The absorption of networks in the Soviet Union. 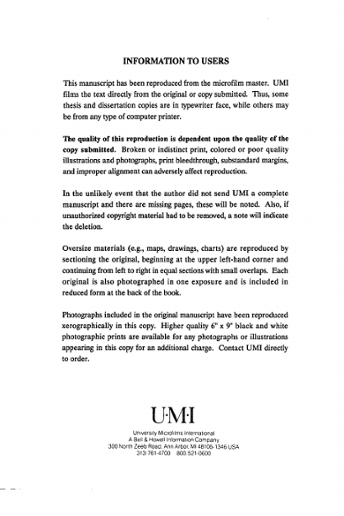 The breakup of the Soviet Union into fifteen autonomous republics marked the end of an era of atomic superpowers born in the first half of the twentieth century. As the Communist Party relinquished its hold on the reigns of power, the Soviet Union changed in profound ways, economically, politically, and socially. Strongly isolationist policies which kept the U.S.S.R. separate from its neighbors in Western Europe and North America loosened significantly. Those isolationist policies encouraged a Soviet technological and industrial economy based almost entirely on locally developed materials and expertise--an economy which Western analysts found inferior in technological development, manufacturing capabilities, and absorption of information technologies in comparison to other industrialized nations. Networks can be a metric to measure technological capabilities and absorption. Networks cannot be a priority project of a single ministry: they depend on hardware, software, training, and telecommunications infrastructure throughout the country. Thus, they act as an indicator of the capability of the economy to develop, distribute, and absorb new technologies. The absorption of networks indicates the capability of an economy to absorb similar new and recently-developed technologies. Networks are valuable tools for inter-organizational and international information transfer. How the Soviets use networks both internally and in external communications can indicate the amount of change, both in attitude and implementation. This study examines the development, manufacture, dissemination, and absorption of computer network technologies in two environments: the pre-1990 Soviet Union and the post-1990 former Soviet republics. This study relies on detailed technical examination of the manufacturing technology, equipment choices and capabilities, and observed installation and use. In situ visits, reviews of open literature, interviews with Soviets, and, above all, networks themselves, are woven together to form a technological picture of how networks were, are, and can be used. Using a model for the use and absorption of computer networks, this study presents extensive evidence showing the status of the former Soviet republics. It is concluded that: (1) Changes in the post-U.S.S.R. economy have been to the detriment of Soviet network development and manufacturing capabilities; (2) Absorption of computer networks is largely restricted to a few cities and republics; and (3) Growth of computer networks has been explosive, although the total scale of absorption remains very small.