Algebraic points of low degree on curves of low rank. 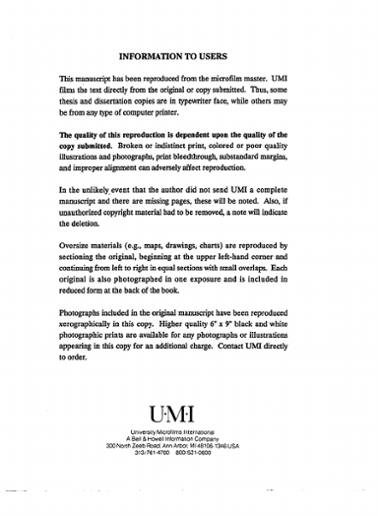 This work is concerned with some finiteness statements and explicit computations in the arithmetic 0/ algebraic curves. For an excellent introduction to this topic see Barry Mazur's article A1'ithmetic on Curves ([Mz]). We begin with an example: Mazur's article discusses Gerd Faltings' 1983 proof of the Mordell Conjecture, which says that any curve of genus at least 2 over a number field J( has only finitely many J( -rational points. This implies, for instance, that the Fermat curves FN given in projective coordinates by Xᴺ + Yᴺ = Zᴺ, N ≥ 4 defined over the rational numbers Q have only finitely many Q-rational points, and only finitely many J( -rational points for any number field K. The famous conjecture of Fermat (Fermat's Last Theorem) states that in fact these curves possess only the trivial Q-rational points, ie. those for which one of the coordinates is O. (This conjecture is now known to follow from the conjecture of Taniyama on elliptic curves thanks to work of Ribet and Frey, and it appears to be, as of June 1993, a Theorem of Andrew Wiles.) Now for number fields J( (finite extensions of Q) one can also ask for an explicit description of the set of J( -rational points F(N)(K). The most natural way to proceed is to start with fields of low degree d = [K : Q]. We will say that F(N)(K) is non-trivial if it contains at least one point which is not Q-rational. One finds the somewhat unexpected fact (which remains true for any smooth plane curve of degree N ≥ 7): Theorem(Debarre-Klassen, [DK]) For N ≠ 16, there are only finitely many number fields K with degree d = [K : Q] ≤ N - 2 such that F(N)(K) is non-trivial. This implies that for each N there is a finite list of number fields of degree at most N - 2, and a finite set of non-trivial points on F(N) with coordinates in these fields. If we take N ≥ 5 a prime number, the only known examples of such points are given by the intersection of F(N) with the line X + Y = Z, which contains the three rational points (see section 2.4). In Theorem 12 we extend the known results for N = 5. First we show that the Jacobian of F₅ has exactly 25 or 125 rational points. We then produce a group of 25 rational points, and show that if these are all, then there are no number fields K of degree 3 over Q with F(N)(K) non-trivial. The above Theorem is an application of a result of Faltings (see [Fa2]) , combined with other work of Coppens and Abramovich (see [Cp], and [Ab].) These results and background material are the subject of chapters 1 and 2. In the first chapter we explain how finiteness of points of low degree is reduced to finiteness of rational points on certain symmetric product varieties. We also give an example due to Faddeev on the Fermat quartic. In chapter two, we describe results of Abramovich, Coppens, and Frey, and give a proof of the above result for F(N) , N prime, in Theorem 7. We also give a description of all points of degree ≤ 6 on the Fermat quintic. In chapter 3, we begin a study of Coleman's p-adic Abelian integrals applied to the symmetric products of curves. The goal is to mimic Coleman's paper Effective Chabauty [Co2], where he uses these integrals to produce effective bounds on the numbers of rational points on certain curves with low rank. The inspiration to pursue these topics was supplied by the papers of McCallum ([Mcl] and [Mc2]) where the techniques of [Co2] are applied to Fermat curves in such a way as to elucidate some of the very deep connections between the class groups of cyclotomic fields, and the Mordell-Weil rank of the Jacobian, and numbers of rational points on these curves. In this chapter we prove a finiteness result for rational points away from a closed subvariety (a canonical divisor), under certain rank assumptions. Then we also give a criterion for when there is at most one rational point in a given residue class. Although this does not yield specific bounds on numbers of points of low degree, we hope to apply the results in this chapter to explicit examples in future papers.