An anatomy of English Renaissance tears. 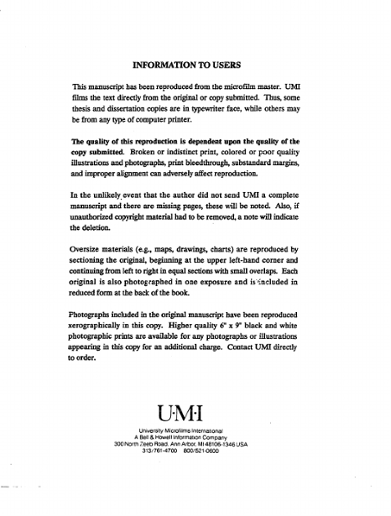 This dissertation traces shifts in the way tears were perceived during the English Renaissance, from roughly 1509 to 1660. Examining medical treatises, sermons, and lyric poetry, I demonstrate that tears and weeping underwent a paradigm shift both as literary symbols and phenomena. Although this revaluation is inconsistent between the different discourses, by the end of the Renaissance, patterns in place a century earlier had been significantly challenged, even redefined, as the most popular model in each genre gradually yielded to new insights. Chapter One examines medical treatises, primarily on melancholy. The Renaissance inherited the paradigm of humours theory to explain human psycho/ physiology. During the seventeenth century, dissection began to replace humours with an empirical model based on the existence of glandular paths for tears. Chapter Two investigates the effect upon lyric poetry of this loss of vital, currently grounded metaphors derived from humoural models. Sixteenth-century poetic miscellanies are replete with tears wept unabashedly by poetic speakers to honor their unrequited love, tears shed in a type of serious, often melancholic play. By the end of the seventeenth century, although humour-based metaphors are still present, increasingly they are devoid of fundamental content. This drought embodies alterations in medical paradigm, as well as the homiletic tradition's long-standing distrust of affect. Chapter Three explores sermons, where, unless they were shed in repentance for sin, tears signified human sinful weakness. All "natural" grief was suspect. In addition, preachers struggled with the vestiges of the medieval 'gift of tears.' Theologically unpopular, this conception was sufficiently prevalent to require frequent rebuttal from the pulpit. Sermons on the verse, "Jesus wept" preached between 1509 and 1700 demonstrate an hermeneutical transmutation: from an early characterization as the superior, almost condescending, but compassionate king, Jesus has by 1700 become the divine architect, weeping only because his exalted design for humanity will be rejected. In Chapter Four, the works of three seventeenth-century devotional poets, John Donne, George Herbert, and Richard Crashaw, are shown to incorporate the most dominant effects of the overall change that tears underwent. In their poetry, metaphoric depletion is offset by gains in imaginative liberty. Donne wrestles with the dilemma of placing tears between himself and God; Herbert offers tears to God--with a problematic humility--because he is human; and Crashaw celebrates the sheer human wonder of tears. The vitality of poetic tear imagery culminates in their work.