The ethics of identity: Constructions of self and other in the nineteenth century American landscape. 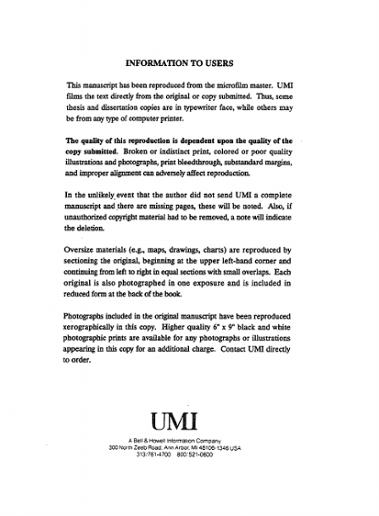 When the Puritan fathers sailed to the new world, they did so, in the language of Martin Buber, to build a new house in the cosmos, one grounded in a rigorous notion of faith and Christian virtue. The journey to America was represented as both a mythic and heroic quest--one rooted in an ideology of conquest and progress, such that the Puritans saw themselves as a chosen people whose Anglo-Saxon heritage proved their racial and historical superiority. What underscores Puritan thought, as it constitutes a mythological and ideological legacy for the subsequent founding of American democracy, is its inherence in an ethics of conversion: in its roots lie the essential philosophical and political issues that will dominate the American landscape in the 18th and 19th Centuries--the problematic conversion of land, as nature, wilderness, property; the problematics of authority and power in the evolution of a political structure intended to preserve the natural, equal rights of each individual, and most critical, the ethical construction of the Other, as Indian, as African, against and through whom the American self will be defined. This dissertation argues that the invention of the American free self is one entwined in the mythology of private property, and as such, subverts the concept of natural rights and equality as the democratic ideal takes factual shape. The problem which permeates the American landscape is neither merely political, nor the failure of ideals; rather, it is a problem of ethics, through which the presence of the Other is denied reality. The Other, as African and Indian, is excluded and obliterated from the factual ground of being: difference, as it constitutes otherness, is constructed not as being-for-itself, or authentic subjectivity, but as being-in-itself, as that which is made object for the use and appropriation of a legitimate self. The conversion of the African into slave, and the Indian into savage denies each recognition in the realm of the public, and the realm of the proper, and thus must be understood as an originary ethical violence deeply embedded in the American landscape.