An oral history of a Chicana farm worker: Her struggles and social visions. 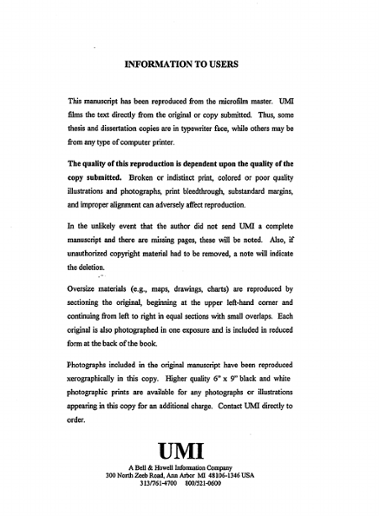 The story of Maria Elena Lucas, a Latina migrant worker from the Texas-Mexico border and an organizer for migrant labor unions, includes both an extensive oral history by Lucas and segments of her diaries, songs, poems, skits, drawings, and other writings. The resulting work intertwines Lucas' memory of events--she was born in 1941, began work at the age of five, was the oldest of seventeen farm working children, and had only three years of formal schooling--and her interpretation of those experiences. The result, Forged Under the Sun/Forjada bajo el sol: The Life of Maria Elena Lucas (edited by Fran Leeper Buss, Ann Arbor: University of Michigan Press, 1993), presents the vivid symbolic life of a non-elite intellectual who is struggling for political change, especially for poor Latinas (or Chicanas/Mexicanas). This dissertation, by Lucas' editor, Fran Leeper Buss, is supplemented by the text of the book located in the appendix. Together, they place Lucas' life and meaning systems within an historiographic context and present the primary conclusions of the research. Such findings include discussions of the struggles of border life; the history of Mexican Americans in Texas; an analysis of the class issues fundamental to Lucas' experience, especially the role of women's subsistence labor in capital expansion; an analysis of the interacting relationships of race, gender/sexuality, and a history of migrant union organizing and the difficulties faced by female labor organizers, especially in the United Farm Workers and the Farm Labor Organizing Committee. It also discusses contemporary conditions for farm workers, especially women; issues of male violence as a form of communication among men; the literary and religious traditions that influenced Lucas' oppositional writings; and forms of resistance undertaken by Lucas and the undocumented women in her life. These are discussed in relationship to such theorists as Audre Lorde, Gloria Anzaldua, and Chandra Talpade Mohanty, developing a beginning theory of resistance for women such as Lucas. It also reviews oral history techniques, especially between Lucas and the editor/compiler; the role of memory; and oppositional visions of history and theology.