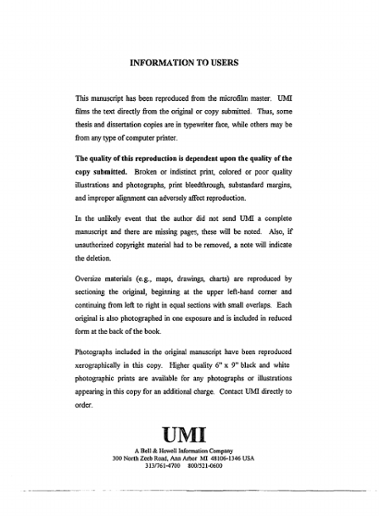 This study addresses the potential of preschool educational television programs to contribute to the literacy development of young children. Unlike the vast majority of television-related research undertaken in the United States, this examination is not limited to nationally-produced programming, but looks to other English-speaking countries for an international perspective on the problems and possibilities of literacy series developed for young children. Ten preschool educational television programs from Australia, New Zealand, the United Kingdom, and the United States are examined via a videotape content analysis to determine the literacy potential of these program "texts." The literacy potential of children's broadcast texts has been determined within a broad framework of holistic language and learning theories developed by such researchers as Cambourne, Dewey, Eisner, Goodman, Harste, Holdaway, Rosenblatt, Smith, Vygotsky, and others. By composing a narrative of each sample episode; analyzing each program's use of visual, formic, and linguistic codes; constructing an argument for the applicability of holistic theories to television texts; and ultimately examining each sample episode through a holistic lens, a view of literacy-directed programming as it presently exists in four English-speaking countries is developed. The findings suggest that holistic learning principles applied to television texts hold great potential in providing valuable literacy-focused television events to children. Elements in the sample programs such as thematic integrity, explorations of ideas and concepts through sign systems, emphasis on child participation, language and ethnic diversity, regular inclusion of print on the screen from a variety of quality children's literature, and frequent inclusion of literacy events with children and adults demonstrated holistic principles in the sample episodes and contributed to the literacy potential of preschool programming. Characteristics of the episodes such as randomness, isolation of language subsystems from language wholes, failure to present literacy demonstrations, and exclusion of children from the visual text suggested ineffective television texts from which children had little opportunity to construct meaning. Concluding remarks explore the development of a prototypical holistic television program for preschoolers and suggest the benefits of such broadcast programs for children, their parents, media researchers/producers, and educators.