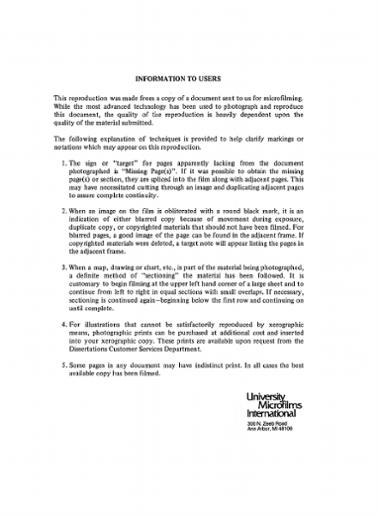 My thesis begins with the rapid tracking down of a word that demands the acknowledgment of a territory in its own right: Aztlan. I trace this term from prehispanic times up to the present in order to formulate the mythical, historical, cultural, and literary characteristics of a conglomerate that is currently identifiable and recognizable as the Chicano people of Aztlan. The main hypothesis of this work, which is to establish a coherent starting point for the study of the Aztlanese novel written in Spanish, is set within a historical-literary context. As a consequence, this thesis cannot encompass all the Aztlanese narratives written in Spanish; instead, it focuses specifically on two works--from the 19th and 20th centuries, respectively--that I consider the first and foremost historical-literary links. El hijo de la tempestad (1892), by Eusebio Chacon, and Peregrinos de Aztlan (1974), by Miguel Mendez, are the first texts that exhibit a clear literary awareness. I have what such concepts imply within an artistic framework. I am fully convinced that these two narrative texts are the first and foremost links in the Aztlanese novel as it currently exists, particularly in those novels written in Spanish. In some fashion, these two trail blazing novels constitute concrete examples that can help to establish and systematize, on the basis of specifically literary formulations, the literary tradition of the complex and heterogenous literary phenomenon which is Aztlan. My approach is restricted to a method that recognizes a literary work as a semi-autonomous structure--that is, one which exhibits structural relations with other facts and phenomena outside itself. The second chapter traces the meaning and location of the concept Aztlan, and it notes that the said concept is a myth and a spiritual rallying point among Chicanos. The chapter also comments on the principal aspects of the history of people of Mexican origin in the United States, as well as the so-called "Chicano Movement". The third chapter discusses the principal literary tendencies with regard to esthetic phenomena. It delimits the concept of the novel, the parameters of Aztlanese expression--particularly of works written in Spanish--and, of course, my approach. Each of the two following chapters is devoted to one of the two novels at issue. Each chapter studies the concept and function of literature held by its novel’s author, as well as the structural process exemplified by each of the texts. Significantly, both novels display characteristics that allow them to be classified with modern and contemporary Latinamerican novels, respectively: El hijo de la tempestad clearly fits in with Naturalism, Peregrinos de Aztlan in with Superrealism.