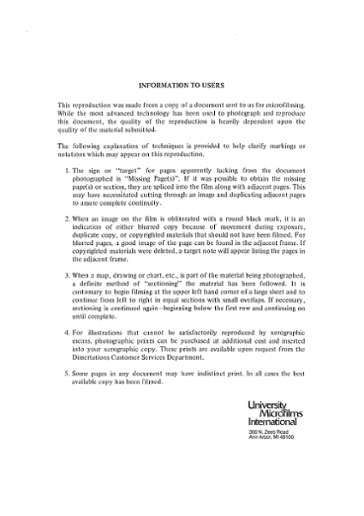 Cloudman S91 melanoma cells respond to a variety of endocrine factors, including melanotropins and steroid hormones. The murine S91 melanoma cell line, CCL 53.1, responded to α-melanocyte-stimulating hormone (α-MSH) in a dose- and a time-dependent manner, by increased tyrosinase activity. The minimal effective dose of α-MSH required to stimulate tyrosinase activity was 10⁻⁹M. By prolonging the exposure period of the cells to the hormone from 24 to 48, to 72 hours, the magnitude of tyrosinase stimulation was increased, but the minimal effective dose was not changed. α-MSH action involved elevation of intracellular cyclic AMP levels, and did not require the influx of extracellular calcium. Three melanotropin analogues, [Nle⁴, D-Phe⁷]-α-MSH, Ac-[Nle⁴, D-Phe⁷]-α-MSH₄₋₁₁-NH₂, and Ac-[Nle⁴, D-Phe⁷]- α-MSH₄₋₁₀-NH₂, have been shown to be more active than (alpha)-MSH in dispersing melanosomes within amphibian and reptilian integumental melanophores. These analogues also demonstrate prolonged activities and resistance to enzymatic degradation. The unique properties of these melanotropin analogues led to investigate their effects on the phenotypic expression and on the proliferation of S91 melanoma cells. The relative potency and the possible prolonged actions of the three [Nle⁴, D-Phe⁷] -substituted analogues were investigated and compared to those of α-MSH. The melanotropin analogues proved to be 100-1000 fold more active than α-MSH in stimulating tyrosinase activity. These analogues elicited significant tyrosinase activation following brief contact times with the cells, and maintained their stimulatory effects for days after removal from the culture flasks, and after the α-MSH effect had totally dissipated. Contrary to previous reports that melanotropins inhibit the proliferation of melanoma cells, α-MSH and [Nle⁴, D-Phe⁷] -α-MSH stimulated, rather than inhibited, the proliferation of CCL cells under culture conditions that allowed optimal phenotypic expression. Also, the effects of the steroids, β-estradiol, progesterone, and dexamethasone, on CCL cells were studied. Dexamethasone had the most remarkable effects, which involved stimulation of tyrosinase activity and inhibition of proliferation in monolayer culture and in soft agar. Furthermore, this study defined some of the factors that influence the endocrine responsiveness of melanoma cells. The results of this study have important implications for the regulation of phenotypic expression and of proliferation in S91 melanoma cells, and for the properties of the melanoma melanotropin receptor.