FACTORS RELATED TO THE FOUNDING AND DEVELOPMENT OF SPECIAL PURPOSE PRIVATE INSTITUTIONS OF HIGHER EDUCATION. 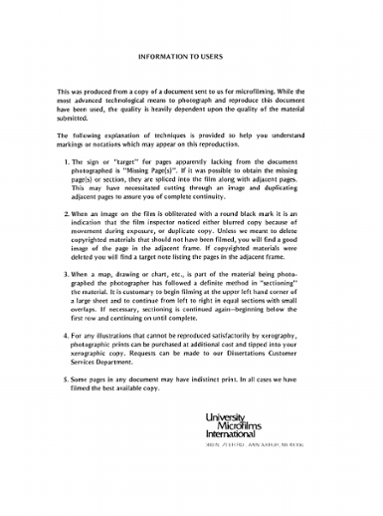 This study identified and examined individual, group, institutional, and other factors and conditions associated with the founding and development of private higher education institutions designed to serve religious groups, women, black Americans, native Americans, and Hispanic Americans. A number of distinct influencing social conditions were identified. Distinctness was due to different group needs and circumstances during certain American historical periods. Common social conditions found included need for culturally sensitive institutions, pervasiveness of religious interests in founding attempts, social exclusion and discrimination, population growth and urbanization, democratic opportunity, federal government pervasiveness, and social consciousness change. Fifty-four specific factors associated with the founding and development of institutions were identified. Analysis revealed many complex interrelationships among social, individual, group, institutional and other miscellaneous factors and conditions existing in collegiate institution founding and development efforts. These factors created many variables that could affect the success of the institutions. Forty-two of the fifty-four factors were judged to be important elements for those contemporarily considering founding collegiate institutions. General conclusions: (1) Institutions best able to deal with the many complex factors were most likely to succeed. (2) The more support and (3) confidence institutions could generate, the better their chances for survival. (4) Institutional and community cohesion were important in achieving permanency. (5) Many institutions were created because of perceived socio-economic, political, cultural, and educational inequities. (6) Social groups addressed higher educational needs after increased awareness of their social conditions. (7) Sociocultural differences existed in group approaches to provision of higher education. (8) Regarding effectiveness in founding, groups ranked as follows; religious groups, women, black Americans, native Americans, and Hispanic Americans. (9) Religious denominations were very involved in founding efforts for three of the groups studied, minimally involved with native Americans, least involved with Hispanic Americans. (10) Religious affiliated institutions generally served socio-economic and religious needs of constituents; this was not evident with the Roman Catholic Church and Hispanic Americans. (11) Educated leadership was essential in founding efforts. (12) High dissatisfaction with existing institutions prompted private founding attempts.