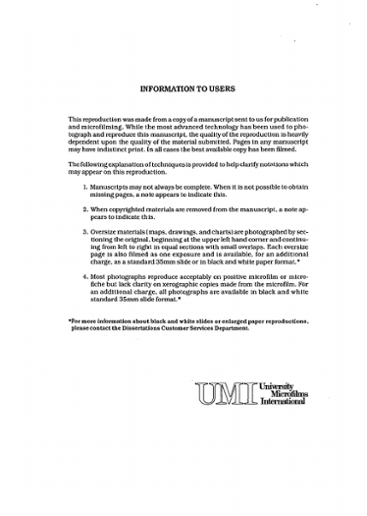 The purpose of this study was to collect and annotate the musical dramas for children of elementary school age published since 1972. Musical dramas selected were limited to those having a story line rather than just a narrator and chorus, having dialogue interaction between the characters, containing mostly original music, and written for grades kindergarten through six. This document is intended as a resource for elementary school teachers and church workers who are searching for appropriate material for performance or study. Annotations of 210 musicals for children, sacred and secular, are the main emphasis of the study. Pertinent information in each annotation includes: basic story line, voice span (extreme range of the music), tessitura (range where most of the tones lie), recommended grade level, duration, type of accompaniment available, 1985 prices and required purchase for performance rights, staging requirements, number and characteristics of the songs, and personnel needed. Musicals were obtained through publishers, music retailers, and leasing firms. A part of the study is a history of musical drama in America and in America's schools. Musical drama has been a part of elementary education in America almost from its inception. The first musical drama in America was presented in Charleston, S.C., in 1735, and the first school music drama was presented in New York in 1853. Because children's musicals involve the child voice, information is contained in the study concerning practices which might cause vocal damage. Current research and theory about children's voice range is reported. Opinion is divided about proper natural voice range for children. Each viewpoint has supporting research. The study shows that an abundance of musical drama material is available for children of elementary age, especially the upper grades. A sourcebook for directors and producers of children's musicals has been included to assist those who have a limited knowledge of stage lighting, choreography, make-up, sound systems, sets, and costumes. Suggestions are provided for choosing a musical, holding auditions, scheduling rehearsals, and involving parents and community. 1973 was selected as the beginning date for inclusion of musicals in the study because of the resurgence of writing and publishing elementary school musicals and because of the growing number of musicals written for church children's groups. Recommended areas for further research concerning children's musicals include the present usage figures for published musicals, an annotated list of musicals using only narrators and choir, and usage figures of musicals by geographic areas.