THE FUNCTION OF CINEMA IN THE WORKS OF GUILLERMO CABRERA INFANTE AND MANUEL PUIG (CUBA, ARGENTINA). 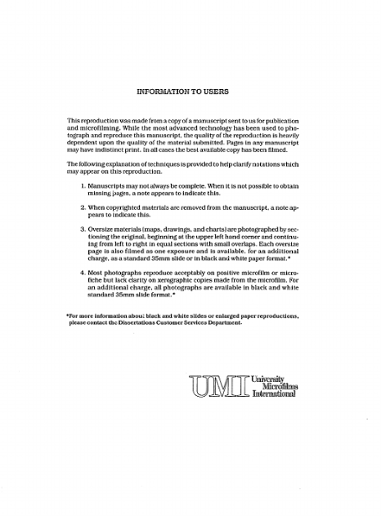 This dissertation studies the influence of film on the works and careers of Guillermo Cabrera Infante (Cuba, 1929- ) and Manuel Puig (Argentina, 1932- ). Emphasis is put on their critical views, fiction, and filmscripts. Generic, thematic, and technical questions concerning film and their works are discussed, without, however, an attempt at exhaustiveness. After an introduction in Chapter 1, the next chapter addresses the relationship of Cabrera to the film, a topic developed more fully in Chapter 3. As the critic of Un oficio del Siglo 20 (1973) and Arcadia todas las noches (1978), he is placed in the "auteurist" tradition, a view which he later modified. Chapter 3 further discusses his concept of film. The next two chapters concern his critical collections. Mythic, generic, and aesthetic areas are treated. The basis for a continuity with his major fiction is demonstrated. In Chapter 6, Vanishing Point (1969-70) is studied from generic and mythic perspectives. The filmscript is used in preference to the film, which severely revised it. The two major fictional works of Cabrera, Tres tristes tigres (1965), and La Habana para un Infante Difunto (1979), are analyzed in Chapters 7 and 8 with reference to filmic allusions, connections to his criticism, and technique. Generic continuity is demonstrated in both works, while Chapter 8 also concerns the mechanisms of parody and of "blasphemy" against the "temple" of film. The next chapter is a comparative overview of Puig and Cabrera. Common (and divergent) directorial and generic interests are discussed, as well as the influence of certain directors on the work of Puig. Molina, from El beso de la mujer arana (1976), is placed within a context of gay movie tastes. Chapter 10 is partially devoted to two filmscripts by Puig, La cara del villano and Recuerdo de Tijuana (originally published in 1980), the first as an adaptation of a literary work and the second as an example of film noir. The chapter also deals with Kiss of the Spider Woman (1985), an adaptation of the novel by Puig. Chapter 11 briefly concludes the study.