Last Card Played: A History of the Turtle Mountain Chippewa and the Ten Cent Treaty of 1892 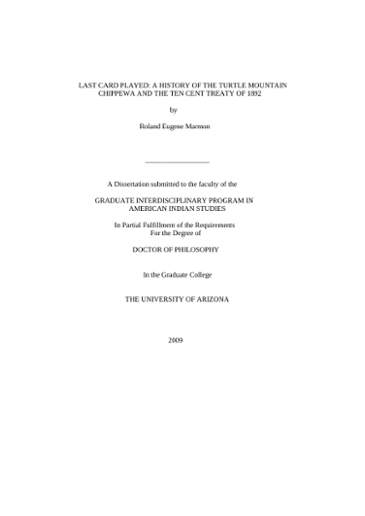