Nitrogen, Phosphorus, and Potassium Uptake by Upland and Pima Cotton 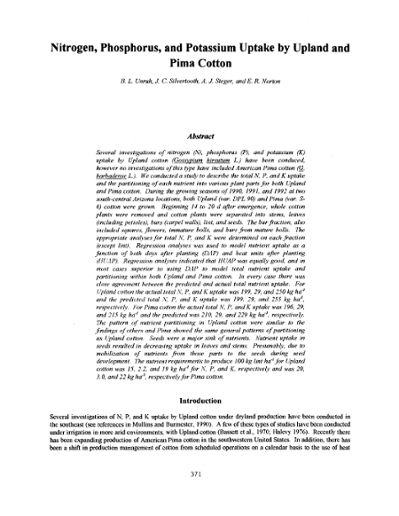 Cotton: A College of Agriculture Report