Stratigraphy and Sedimentology of the Bisbee Group in the Whetstone Mountains, Pima and Cochise Counties, Southeastern Arizona 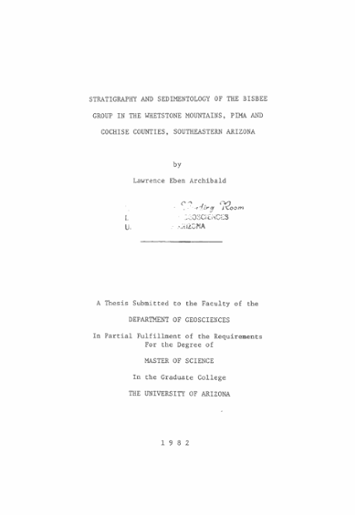 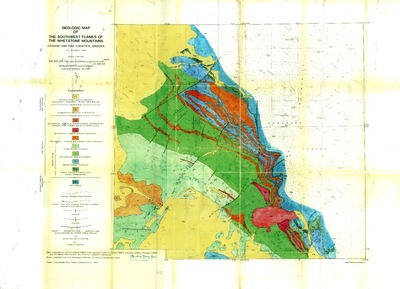 The Aptian-Santonian(?) Bisbee Group in the Whetstone Mountains comprises 2375 m of clastic sedimentary rocks and limestones. The basal Glance Conglomerate unconformably overlies the Pennsylvanian-Permian Naco Group. It consists of limestone conglomerates which were deposited in proximal alluvial fan environments. The superadjacent Willow Canyon Formation contains finer grained rocks which were deposited in the distal portions of alluvial fans. The lacustrine limestones in the Apache Canyon Formation interfinger with and overlie these alluvial fan facies. The overlying Shellenberger Canyon Formation is composed mostly of terrigenous rocks derived from westerly terranes. This formation contains thick sequences of fluvio-deltaic facies as well as a thin interval of estuarine deposits which mark a northwestern extension of the marine transgression in the Bisbee -Chihuahua Embayment. The youngest formation (Upper Cretaceous?) in the Bisbee Group, the Turney Ranch Formation, consists of interbedded sandstones and marls which were deposited by fluvial and marine(?) processes.