Cost-Effectiveness of Apixaban, Dabigatran, Rivaroxaban, and Warfarin for the Prevention of Stroke Prophylaxis in Atrial Fibrillation 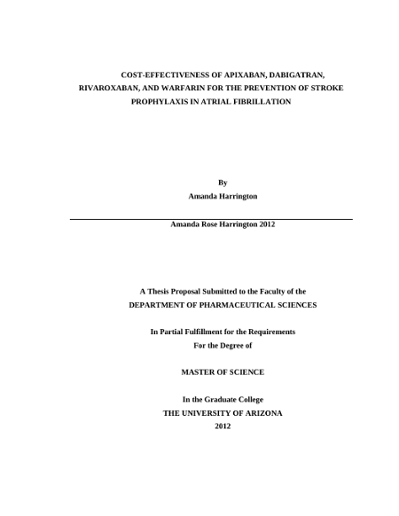