KIDNEY FUNCTION AND POST-RENAL MODIFICATION OF URINE IN DESERT QUAIL 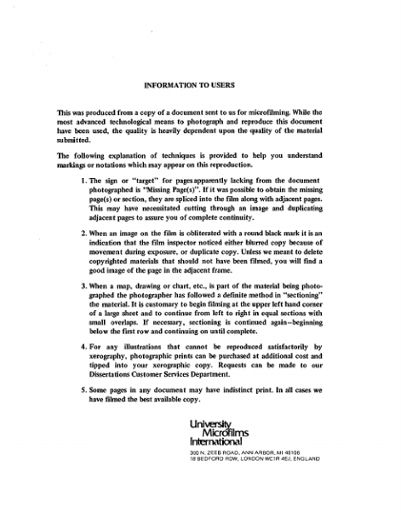 This work is a quantitative description of the renal excretion and the post-renal modification of ureteral urine from native (unanesthetized, uninfused, and normal hydropenic) desert quail, Lophortyx gambelii. The technique used in this study establishes the glomerular filtration rate (GFR), urine flow rate, and urinary excretion of water, sodium, potassium, and uric acid for desert quail in a relatively undisturbed state and in steady-state balance with regard to intake and output of water, sodium, and potassium. In contrast, conventional methods of determining GFR in birds include the use of anesthesia, cloacal or ureteral canulation, and infusion of fluids to introduce filtration markers (e.g. inulin) and to cause a diuresis (e.g. by using mannitol). In the present study, native desert quail had a urine flow rate of about 40 g/kg.day compared to over 500 g/kg.day for desert quail previously studied using conventional methods. Also in the present study, GFR was about 1.6 ml/kg.min which is about 25% lower than previously reported (2.1 ml/kg.min) for desert quail studied with conventional techniques. Renal absorption of the filtered loads of water, sodium and potassium also was determined in the present study. The fractions of the filtered loads reabsorbed by the renal tubules were: for water 98%, for sodium 99.4%, and for potassium 42%. These findings illustrate that renal reabsorption of these filtered substances is less complete in birds than in mammals where, in man for example, about 99% of the water and 99.8% of the sodium are normally reabsorbed. In addition, this study evaluates the role of the cloaca and lower intestines in changing the composition of the ureteral urine. Ureteral urine is modified in the cloaca and lower intestines of the desert quail before being excreted with the final droppings. This modification results in reabsorption of about 70% of the water and sodium and about 80% of the potassium in the ureteral urine. Thus for the desert quail, post-renal reabsorption of water and sodium from ureteral urine produced by the kidneys increases the total amounts of the filtered loads reabsorbed to 99% for water and 99.7% for sodium, which are nearly the same as seen for man. It is concluded that post-renal reabsorption of water and sodium is an important aspect of fluid and electrolyte balance in native desert quail. About 65% of the uric acid present in the ureteral urine was found to be degraded during its passage into the lower intestines. This is particularly significant because trapping of sodium and potassium occurs within the uric acid precipitates which form in bird urine. It was determined that about 20% of the sodium and 33% of the potassium in the ureteral urine are trapped within uric acid precipitates. Degradation of uric acid may increase the reabsorbable pools of these cations and facilitate their reabsorption by the tissues of the lower intestines. Since the intestinal ceca of birds contain large populations of uric acid-decomposing bacteria, and because other studies have suggested large amounts of water are reabsorbed in the ceca of birds, the role of the ceca in post-renal modification of urine was evaluated. The results are not conclusive. Cecaectomized (Cx) birds showed only a transitory increase in water loss when compared to sham operated (Sh) birds. No difference in uric acid excretion was seen between Cx or Sh birds. Thus, no obligatory role for the ceca in post-renal reabsorption of water and electrolytes, or in degradation of uric acid, was evident.