Late Paleoindian occupation of the Southern Rocky Mountains: Projectile points and land use in the high country 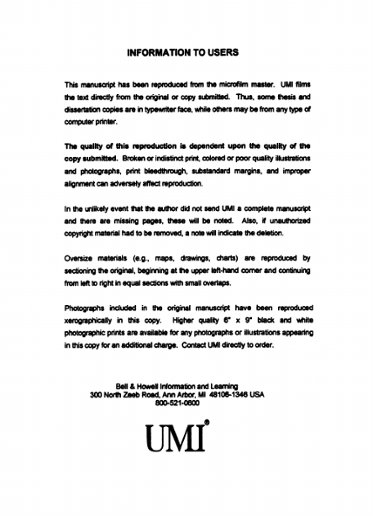 The research reported here focuses on late Paleoindian occupation of the Southern Rocky Mountains, circa 10,000-7,500 B.P., and it addresses two fundamental issues. First, an attempt is made to characterize the extent of late Paleoindian occupation of the Rockies as full-time, seasonal, sporadic, or some combination thereof Second, the nature of late Paleoindian use of the Rocky Mountain landscape--whether logistically-organized, predominantly residentially mobile, or both--is evaluated. To address these problems, 589 projectile points from the states of Colorado and Utah are analyzed and compared across the five physiographic regions that comprise the project area: the Plains, Colorado Plateau, Great Basin, Great Basin mountains (that separate the Colorado Plateau and Great Basin), and the Rockies themselves. Analyses focus on three vectors of potential projectile point variability: morphology and typology, raw material use, and technology. To resolve the extent of Rocky Mountain occupation, inter-regional comparisons attempt to identify the degree to which late Paleoindian projectile points from the Southern Rockies resemble those from adjacent regions along the aforementioned axes of variability. A unique suite of features represents a greater commitment to the Rockies; features in common with other regions indicates an affiliation(s) with them and reduced reliance on the Rockies. Assessing the nature of late Paleoindian Rocky Mountain land use likewise depends on regional comparisons of projectile points, although in this case technological elements (qualitative observations, dimensional and other ratio-scale characteristics, and point condition and reworking) are of primary importance because they can be theoretically linked to land use correlates. The research concludes that late Paleoindian Rocky Mountain occupation was multi-faceted, and included full-time use of the mountains by groups uniquely adapted to life in that environment; seasonal (summer--early fall) use by groups who otherwise occupied the Plains; and sporadic use by groups based to the east and west. In addition, late Paleoindian occupation of the Southern Rockies is inferred to have been primarily logistically-organized, a mobility strategy shared by groups occupying the Plains to the east, but not by those occupying the Colorado Plateau, Great Basin mountains, or Great Basin to the west.