The power of the dagger, the seeds of the Koran, and the sweat of the ploughman: Ethnic stratification and agricultural intensification in the Ziz Valley, southeast Morocco 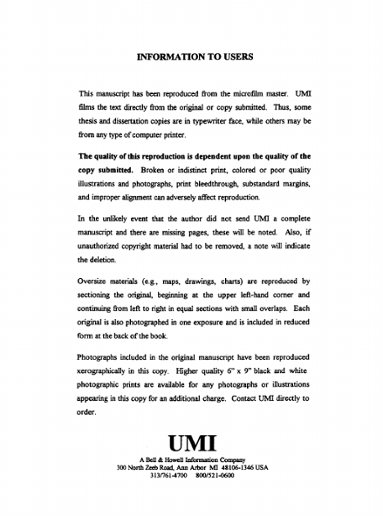 I examined the intensive farming systems of the Ziz Valley of southeastern Morocco. The valley is a 250 km long expanse watered by the Ziz River. Surrounded by arid Saharan desert, the valley houses a dense, rapidly growing, and ethnically stratified population of Arabs, Berbers, and Haratine (blacks). Irrigated farming of cereals, olives and dates, and livestock raising dominate the lives of its inhabitants. Upon the analysis of the Ziz data, I reached three major findings. First, despite the unexpected finding that Berbers actually get more out of the same amount of land than Haratine and Arabs, and the fact that the Haratine are not the most productive farmers as hypothesized in the research design of my dissertation, this study underscores the urge to reformulate the theory behind agricultural intensification to incorporate the key variable of ethnicity and its role in making land productive in the analysis of agricultural change. Thus, contrary to current theories which examine social and economic change in terms of agricultural productivity and crop complexes, my findings demonstrate that the same agrarian regimes in the ethnically heterogeneous Ziz Valley differ markedly in production and intensity between ethnic groups, and therefore provide household-level evidence that ethnicity is a key, albeit a heretofore ignored, variable in the processes of economic and social development. Second, the study of ethnicity has dwelt too much on defining what ethnicity is, erecting its boundaries, and outlining its emergence as essential elements in the structuring of social organization between and among groups. However, with the infusion of remittances from abroad the Haratine have made ethnicity a political and economic instrument through which a Haratine corporate group has emerged to resist the ethnic mode of production. Third, ethnic change in the valley, and for that matter throughout the oasis social world of Southern Morocco, could not have risen from within the communities social structures, and the only avenue for the subaltern groups to change their lot in terms of political participation and access to land was to migrate outside the valley, return home with remittances, and undo the pillars of ethnic stratification.