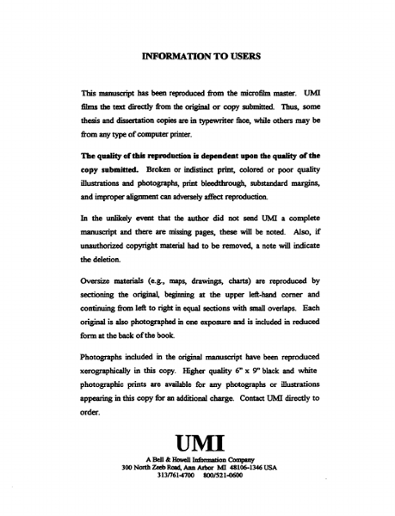 Much has been theorized about the positive correlation between education and the change in women's status in society. Yet, in 1995, a United Nations report on women showed that although there has been much effort to eliminate discrimination based on sex, with greater opportunities and access to education, or formal learning, the most bias was due to socialization, or informal learning, as expressed through cultural values, norms and traditions. The report also showed that although governments claimed to be dedicated to erasing illiteracy and improving educational opportunities, they are very quick to claim cultural relativity when asked to review other elements of concern, such as harmful laws and customs. Education of girls and women has not accomplished the anticipated social transformation, especially the socially constructed patriarchal ideology which places them as primarily providers of biological and sexual services and unpaid labor. In a study on women and higher education in Modern Lebanon one finds the Lebanese case mimics international trends in the unwillingness to confront and reinterpret the strict ideology which impose on women the primary and at times sole function as "mother and wife." In Lebanon, one also finds that this hegemony has obviated the transformation of much female educational progress into change in the role of women in society. Although education has become more accessible, the hierarchy of opportunities is maintained and is more complex as it now intertwines class, religious affiliations and gender. Girls' formal education at the primary level was introduced into Lebanese society in the early nineteenth century. By the beginning of the twentieth century, the doors of higher education were opened to them. Today, women make up half of the student population at the tertiary level. Not only are they able to enter and compete with young men, they are exceeding all expectations by graduating at higher rates. However, there are a few points of concern. First, most women still register and graduate from traditionally female fields. Second, although there has been a tremendous increase of women attending universities, participating in the labor force and the political sphere, there is little change in the way society views women. Women and men regard education and work as secondary functions to women's primary purpose as "wife and mother." Third, when efforts are made to change harmful laws and customs, women are accused of trying to divide their community by placing mundane women's issues before national interest. Even worse, they may be accused of conspiring with the West to destroy Lebanese or Arab identity and traditions. Fourth, in the last six years, the initiation of various policies seem to thwart the advancement of women in the marketplace as government plans push women back into the home. Finally, one must not underestimate the role of the religious authorities in the continuous attempt to shape the strict division of labor between the sexes in Lebanon. The question remains, how can Lebanese women actively and cautiously participate in the formation of new truths, which will generate more inclusive and empowering myths for both girls and boys in the future?