Figures of appetite and slavery from Milton to Swift 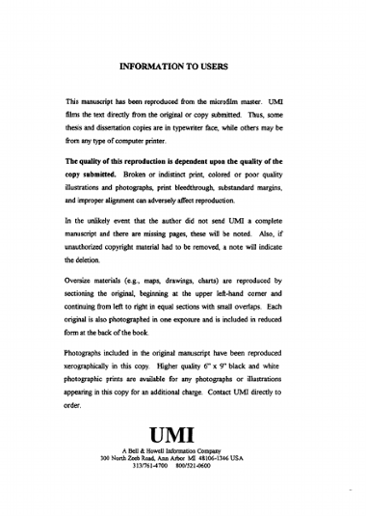 Here, employing materialist and colonial discourse theory, I contend that the reality of the "new world," so tightly bound to new appetites and new servitudes, pervasively informed literary works which have been traditionally immune to interpretations asserting their complicity with and critique of English, later British, colonialism. While scholars have always known that Milton was Secretary of Foreign Languages for an English ruler with an aggressive colonial policy, and they have identified Samuel Purchas and Peter Heylyn, churchmen turned geographers, as sources for Milton's geography, and have even argued that Satan is a colonizer, my work addresses the colonial situation at the center of Paradise Lost. Positing that England experienced "culture wars" (epistemic and ideological, as well as political and social, instability) during the period between the beheading of Charles I (1648/9) and the publication of Linnaeus' Systema Naturae (1735), in subsequent chapters I address a group of interrelated paradoxes: How was it that acquisitiveness and consumerism expanded among the middling sort who concurrently cultivated the pleasures of deferred gratification and the "paradise within"? How was it that God's Englishmen could pride themselves as defenders of "Liberty herself" while they aggressively enslaved millions? How was it that the Augustan age so concerned with decorum and taste could produce literary works so obsessed with deformity and excrement? By placing non-literary texts (travel accounts, geographies, natural histories, dictionaries, dispensatories, philosophical transactions) alongside Miltonic texts and later literary texts, we can partially account for what have been vexing interpretive problems: Raphael's astronomy, Samson's misogyny, the "coarseness" of the Restoration stage, the eighteenth-century "taste" for "monsters," Swift's scatology. We can recognize a historically specific strategy for containing the oddities and commodities issuing from the "American experience." Relying on Scripture for justification, early agents of the First Empire appropriated land and controlled bodies; relying on Science, the Second Empire sought to appropriate and control hearts and minds. This study addresses the mechanisms and literature of that shift.