A case study of crisis, leadership, and change in the community college 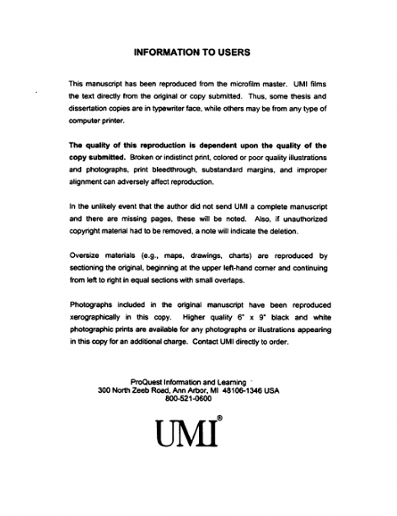 This research addressed a need for better understanding of the relationship between crisis, leadership, and organizational change in American higher education. The first objective was to discover the meaning of a governance crisis and whether it was a factor in setting the organization's long-term direction; and secondly, to gain insight into the relationship between leadership created to resolve a crisis and leadership established to lead change. Results from an extensive survey of the literature on crisis and change were presented, as well as a typology showing the role of a crisis in ten types of organizational change. The case concerned an urban community college confronted by a crisis of major proportions. The situation involved the firing of the CEO, the forced resignations of the governing board, threats to withhold state funding, and the imposition of probationary accreditation status by the college's regulatory agency. The study centered on an analysis of key institutional documents, interviews with board members, CEOs, and faculty and staff, as well as the personal observations and insights of the investigator. The time frame for the study spanned over thirty years, beginning in 1966 with the founding of the institution and ending in 1998 almost a decade beyond the actual crisis. A time series analysis was performed that compared dominant trends in the college's history against the patterns of evolution predicted by the life cycle theories of Greiner (1972) and Schein (1997). On a macro level, the first set of findings related to the meaning of the governance crisis for the organization. One finding was that the college had evolved through one complete life cycle and had embarked on a new cycle of development. A second finding was that the governance crisis was a turning point for growth or decline, but more importantly, it served as the catalyst that launched the organization's second life cycle. A third finding was that the governance crisis was a factor of major significance in the organization's long-term development. On a micro level, the second set of findings concerned the leadership transition from crisis to change. One finding was that the governance crisis was not a "normal" crisis associated with lack of fit between the needs of the organization and CEO leadership style. A second finding was that the crisis served as the stimulant that provoked the formation of new leadership for the institution, consisting of the new board and CEO. A third finding was that the role of the new leadership was not limited to resolving the crisis. Rather it made a leadership transition from crisis management, to a turnaround, to change management, which represented significant organizational change in college governance. Five conclusions were offered. First, the crisis was not associated with a mismatch between the needs of the organization and CEO leadership style. Second, the crisis had meaning as a turning point for the organization, specifically as the corrective mechanism for reengaging the community, for halting faculty involvement in the governance process, and for correcting conditions such as the misuse of power throughout the organization, and neutralization of the administration. Third, the crisis had meaning as a catalyst that prompted pervasive change in the institution's approach to governance by rearranging the power relationships among the board, the CEO, and the faculty. Fourth, the crisis had meaning as a stimulant and was a significant factor in the organization's long-term direction. Fifth, this case study confirmed a proposition that leadership dynamics are a function of not only of decision making but also the sources that empower the decision makers. Further research was recommended in three areas. One area for future research was investigation into the organizational behaviour of subgroups at a level below such concepts as "climate, values, or community college philosophy". A second area for future research was periodic analysis of the organizational life cycle for comparison against this case study. The third area recommended for future research was analysis of faculty staffing and loading patterns which could yield important insights into the distinct nature of community college culture. The final recommendation was to establish standards for individuals seeking a position on the governing board and for the undertaking of efforts designed to inform the county electorate as to the relative contribution that each candidate might bring to the board as part of a civic duty.