Modification of opioid peptides to enhance permeability into the brain 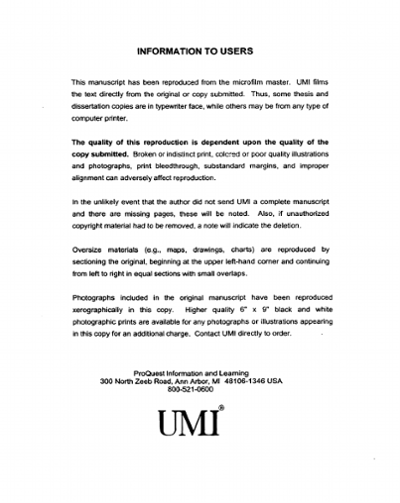 Uptake and distribution of peptides into the central nervous system (CNS) is limited by a number of factors, central to which is the blood-brain barrier (BBB). Peripheral influences: blood-flow, protein binding in blood, clearance, and metabolism, also greatly affect the ability of peptide drugs to enter the CNS. Nevertheless, the BBB is frequently the rate-limiting factor in peptide drug permeation into the brain. The use of chemical modification, or pharmacological manipulation of the BBB, can improve CNS uptake of peptide drugs. In this examination, methods of peptide distribution, lipophilicity, protein binding, stability, receptor binding, clearance, and BBB permeation were used to assess the affects of various strategies on the delivery a model opioid peptide, DPDPE. DPDPE is a well characterized delta-opioid peptide analogue of met-enkephalin. Characterization of DPDPE uptake at the BBB was assessed both in vitro, using primary culture bovine brain microvessel endothelial cells, and in situ, using brain perfusion analysis in the rat. The first aspect of this examination was aimed at assessing lipophilicity and stereoselectivity via tri-methylating DPDPE, thereby enhancing lipophilicity and creating four distinctive diastereoisomer configurations. Each diastereoisomer was assessed for protein interaction, lipophilicity, BBB permeation ( in vitro & in situ), receptor-binding affinity, metabolic stability and end analgesic effect. Significant variation was shown between the parent form and methylated diastereoisomers, as well as significant variation between each respective diastereoisomer in relation to analgesia and BBB penetration. The second aspect of the examination was aimed at PEGylating [conjugation of a poly(ethylene glycol) to a drug] DPDPE, with focus on BBB permeability characterization. Pharmacokinetic and pharmacodynamic properties were also assessed. PEGylation resulted in significantly decreased clearance, with increased drug half-life, resulting in enhanced analgesia. Penetration at the BBB was decreased, due to the conjugated compound enhanced hydropholicity, however the PEGylation of DPDPE did reduce efflux out of the brain by reducing DPDPE affinity for P-glycoprotein.