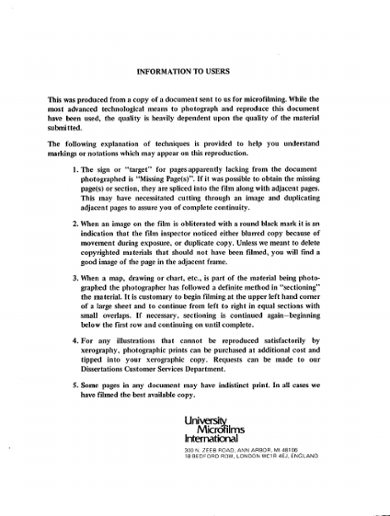 The exit/entry patterns of students in higher education have been a matter of concern to college administrators and counselors for over half a century. The purpose of this study was to identify certain characteristics commonly associated with persistence in order to determine if these same characteristics are likewise predictive of success in teacher training programs. The data base was the National Longitudinal Study of the High School Class of 1972. This study was an investigation designed to observe the educational and vocational activities, plans, aspirations, and attitudes of high school seniors of that year and subsequent years through three follow-up studies. The sample design was a two-strage probability sample with schools as the first stage and students as the second stage. The sample was highly stratified with variables such as type of control, geographical region, minority group enrollment, and level of urbanization making up the strata. The base year questionnaire was administered in the spring of 1972 and consisted of 104 questions. Subsequent follow-ups in 1973, 1974, and 1976 asked questions similar to those asked int he base year and others necessary to ensure continuity of data. The sample used for the present study consisted of 472 prospective teachers. Identifying education as a major and aspiring to teach was the method used to determine sample members. Additional criteria were used to select migratory and non-migratory prospective teacher sub-groups. The sub-groups identified were persisters, drop-ins, drop-outs, late entries, program transfers, and college transfers. Since most students move into migratory patterns due to one or more intellectual or non-intellectual reasons, the present study was designed to compare certain selected factors hypothesized to have a relationship with this movement. Ability, satisfaction with the college environment, values, and self-concept were factors chosen for this comparison. Ability was determined in the base year from standardized tests such as the Scholastic Achievement Test. The students' feelings toward their instruction, social life, campus resources, and curriculum were used as a measure of satisfaction. Having lots of money, being a leader in the community, living close to parents, and correcting social ills were used to determine values. Self-attitude, self-worth, external satisfaction, and internal satisfaction were factors selected to measure self-concept. Levels of satisfaction, values, and self-concept were collected in all three follow-up studies. Ability was determined only in the base year. The design of the investigation was to compare the only nonmigratory group, persisters, with other prospective teacher sub-groups considered migratory. Comparisons were made using the persistence characteristics identified earlier, namely, ability, satisfaction, values, and self-concept. Additional comparisons were made between prospective teacher sub-groups on the basis of race, sex, and type of institutionalized control. Longitudinal trends were incorporated into these comparisons. Prospective teacher sub-groups were also examined in relation to financial assistance. The results suggest that ability and satisfaction measures can provide a persistence index that permits differentiation between certain prospective teacher groups. There is a further indication that ability tests provide a clear distinction between minority and non-minority prospective teachers. Ability and certain self-concept and satisfaction measures provide a distinction between males and females in teacher training programs. Differences among private and public college prospective teachers can be seen with selected achievement tests. Public college late entries and drop-outs are more dissatisfied with the college environment than any other prospective teacher group. Finally, a relationship exists between the amount of financial assistance and the various prospective teacher sub-groups. This relationship is most pronounced for late entry students.