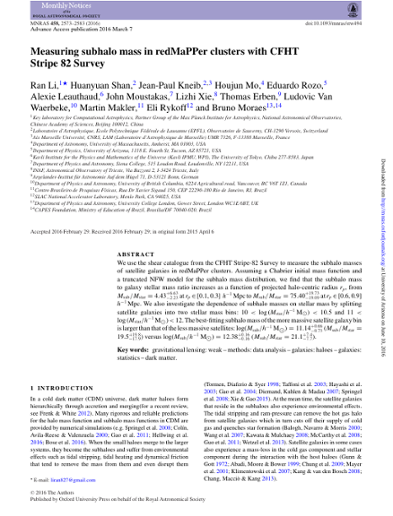 We present multisightline absorption spectroscopy of cool gas around three lensing galaxies at z = 0.4-0.7. These lenses have half-light radii r(e) = 2.6-8 kpc and stellar masses of log M-*/M-circle dot = 10.9-11.4, and therefore resemble nearby passive elliptical galaxies. The lensed QSO sightlines presented here occur at projected distances of d = 3-15 kpc (or d approximate to 1-2 r(e)) from the lensing galaxies, providing for the first time an opportunity to probe both interstellar gas at r similar to r(e) and circumgalactic gas at larger radii r >> r(e) of these distant quiescent galaxies. We observe distinct gas absorption properties among different lenses and among sightlines of individual lenses. Specifically, while the quadruple lens for HE 0435-1223 shows no absorption features to very sensitive limits along all four sightlines, strong MgII, Fe II, Mg I, and Ca II absorption transitions are detected along both sightlines near the double lens for HE 0047-1756, and in one of the two sightlines near the double lens for HE 1104-1805. The absorbers are resolved into 8-15 individual components with a line-of-sight velocity spread of Delta v approximate to 300-600 km s(-1). The large ionic column densities, log N greater than or similar to 14, observed in two components suggest that these may be Lyman limit or damped Ly a absorbers with a significant neutral hydrogen fraction. The majority of the absorbing components exhibit a uniform supersolar Fe/Mg ratio with a scatter of < 0.1 dex across the full Delta v range. Given a predominantly old stellar population in these lensing galaxies, we argue that the observed large velocity width and Fe-rich abundance pattern can be explained by SNe Ia enriched gas at radius r similar to r(e). We show that additional spatial constraints in line-of-sight velocity and relative abundance ratios afforded by a multisightline approach provide a powerful tool to resolve the origin of chemically enriched cool gas in massive haloes.