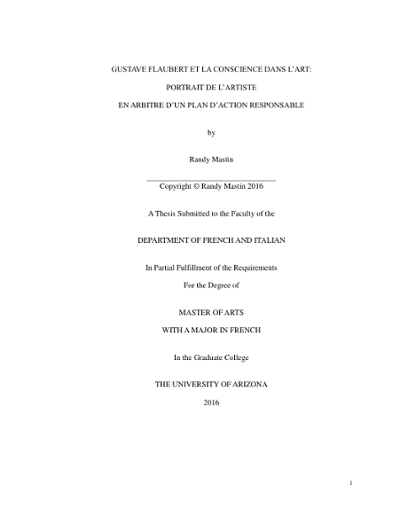 It is virtually impossible today to broach the subject of realism in the arts without at least mentioning the name Gustave Flaubert. Long considered the father of realism in the modern novel, with his seminal works Madame Bovary and The Sentimental Education, Gustave Flaubert was an integral part of that continuing movement in France that was determined to sever once and for all the novel's binds to aristocratic convention and pretension in order to focus on the life of the common woman and man. And Flaubert did find himself in good company then--Zola, Stendhal, Balzac, Hugo, the list goes on, were artists all for whom the effort to advance the form, so that the novel had much greater relevance to the modern world, was of paramount importance. Singularly devoted to stripping the gauze from the lens that had softened the edge for centuries, these few would endeavor to present the human being, the human condition, in its raw, natural, often unpleasant form. For the majority of these writers, however, this new chapter in the history of the novel would rely almost exclusively on this change in primary subject matter. Not so chez Flaubert. In examining the correspondence and major works of Gustave Flaubert, it is possible to track the development of the artist, to follow the arc of thought and opinion that would ultimately shape Flaubert's determination to "write about nothing." Like most of his contemporaries, who were wholly (and vocally) disgusted by the world around them, what this determination meant for Flaubert was that the utter banality of modern life should be reflected in every face, it should be heard in every word, seen in every action, in every place, in every object. What this also meant, and that which further separates Flaubert from the pack, was that Flaubert's narrator, and indeed Flaubert himself, should blend so well with the background presented that both writer and conduit would ultimately disappear. Sorting through the formidable catalogue of analysis available today in articles, reviews and full-length texts, some written more than 100 years ago, it is possible to piece together the "how" at the heart of Flaubert's masterworks--the development and strategic use of free indirect speech, the reliance on action/inaction and dialogue, the astute staging of object, the seamless integration of place, all of which facilitates Flaubert's ability to present, if not the fully realized psychological portrait, then at the very least the sophisticated vehicle designed exclusively to reveal the inner life. In Flaubert's hands, we the reader would directly experience the world as it is/was through the eyes and minds of his principal characters. Still, the question remains. Flaubert would devote five full years of his life to the development of his first masterwork. He would devote another five to the crafting of the second. With this determined Flaubert, we have the who, therefore. With Madame Bovary and The Sentimental Education, we have the what. In France at mid-century, we find the when and the where and, through a close reading of the literature, we can begin to piece together the how. But why? In the correspondence alone, we bear witness to a man struggling mightily to bring to fruition two works of highly uncertain promise. Why would Flaubert endure, why would he fight, when the result, the future of these works, was so uncertain? Via the analysis of specific strings of correspondence, through a sampling of solid, inspired critique, through close readings of the texts themselves and, of course, through acknowledgment of the no-holds-barred approach of the author himself, we arrive at one possible explanation here. "Notre coeur ne doit être bien qu'à sentir celui des autres," Flaubert once wrote, and it is with this in mind that we offer to you this glimpse of the man who would live and die by that problematic, much-maligned maxim "art for the sake of art."