Epidemiology of Football Injuries in the National Collegiate Athletic Association, 2004-2005 to 2008-2009 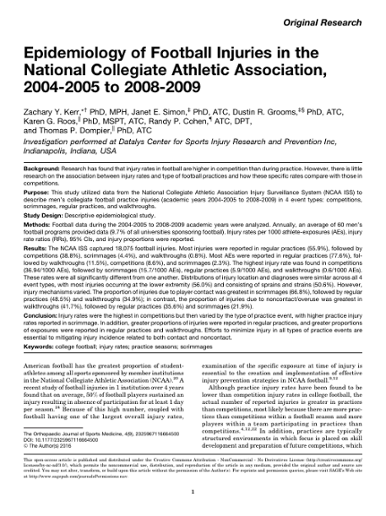 This open-access article is published and distributed under the Creative Commons Attribution - NonCommercial - No Derivatives License (http://creativecommons.org/ licenses/by-nc-nd/3.0/).