The solar cycle variation of total ozone: Dynamical forcing in the lower stratosphere 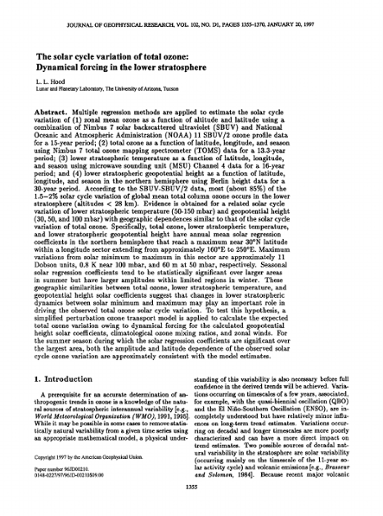 Copyright 1997 by the American Geophysical Union.