Tier-scalable reconnaissance: the future in autonomous C4ISR systems has arrived: progress towards an outdoor testbed 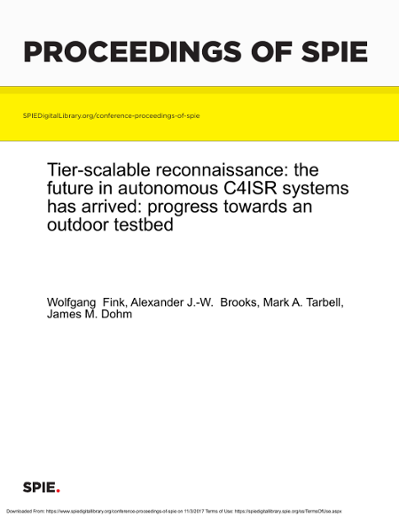