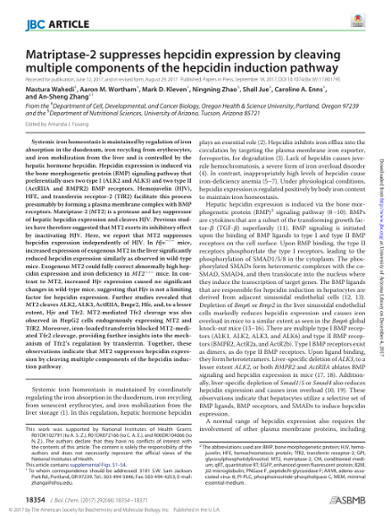 © 2017 by The American Society for Biochemistry and Molecular Biology, Inc.