The development and flexibility of gaze alternations in bonobos and chimpanzees 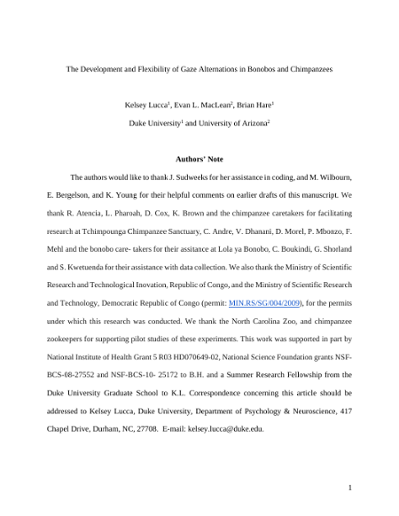