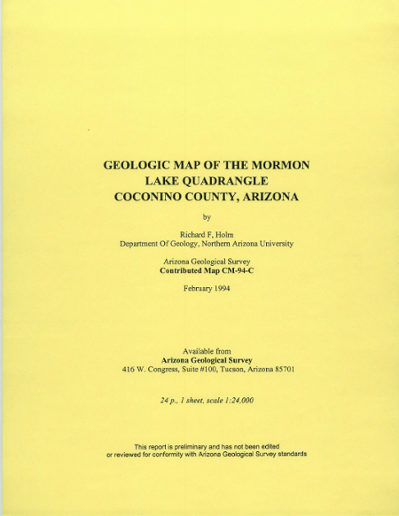 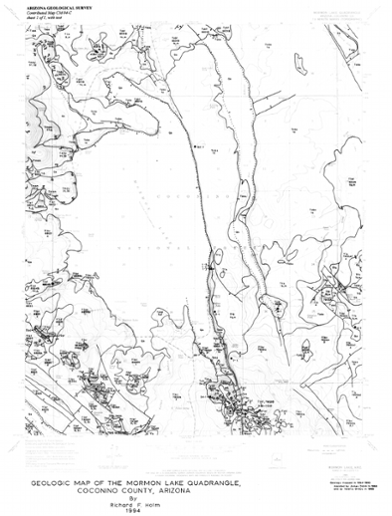 The Mormon Lake quadrangle is in the northern part of the Mormon volcanic field, a late Cenozoic volcanic province on the southern margin of the Colorado Plateau (Holm and others, 1989). Except for Pleistocene and Holocene surficial deposits, all of the rocks mapped on the quadrangle are Miocene and Pliocene volcanic rocks. All geologic contacts and faults were traced in the field. Map units were defined on the bases of lithology and morphology, and stratigraphic relationships were determined in the field on the basis of traditional geologic principles such as superposition and cross-cutting relationships. The mapping strategy was to map all lava flows and vent structures that could be distinguished in the field as discrete units, and to trace each flow to its source vent. Each vent structure was given an identification number (see "Vent and flow identification numbers"), and related lava flows were identified with the same number. Small vent deposits and related flows (Tys and Tyb) that lack morphologic distinction on the map were not, however, given separate identification numbers. Multiple contiguous lava flows of the same lithology from the same vent, and individual flow units of compound lava flows and lava flow fields were not mapped separately (for example, Tibv, Tobs).