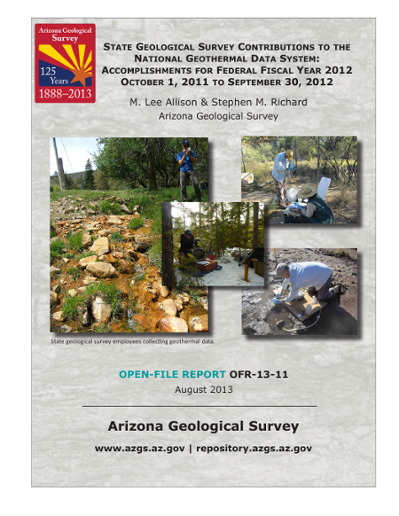 For the second year in a row, the project has received “good” or “outstanding” review comments during the annual sponsor peer review. Each reviewer scored the project as “outstanding” the highest possible mark for relevance and impact of research. Comments include “the project is collecting a treasure trove of data assets from all of the state geological surveys” and “state level data discovery, access, and cataloging/tagging are crucial to the larger NGDS goals.” Also scored were the Scientific and Technical Approach; Project Management/Coordination; Accomplishments, Results, and Progress; Strengths; Weaknesses; and Suggested Improvements. All 50 states are represented in the project and subcontractors been actively participating in data digitization, collection, and distribution. Unfortunately North Carolina was unable to accept the funding as originally intended and thus, the Virginia Division of Geology and Mineral Resources in collaboration with Dr. John Costain of Virginia Tech will assume the North Carolina data collection efforts. Both surveys worked together in order to achieve this compromise. New data collection tasks have begun that were awarded under this project to Arizona, Colorado, Idaho, Indiana, Massachusetts, Maine, New Jersey, New Mexico, Nevada, Oklahoma, Oregon, Pennsylvania, Utah, Vermont, Washington, and West Virginia. All non-drill projects and all but one drill project have received National Environmental Policy Act (NEPA) clearance for the new data collection. Initial results are already showing positive contributions to the geothermal industry, including the discovery of a new geothermal resource in Utah’s Black Rock Desert (ranked #7 of the top 12 Geothermal Discoveries of 2012).