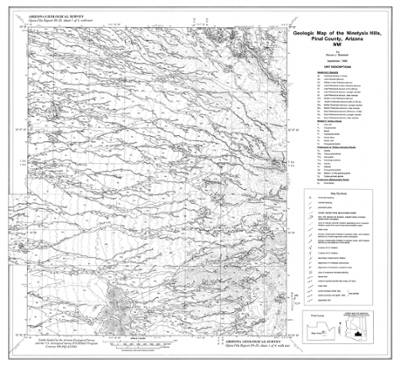 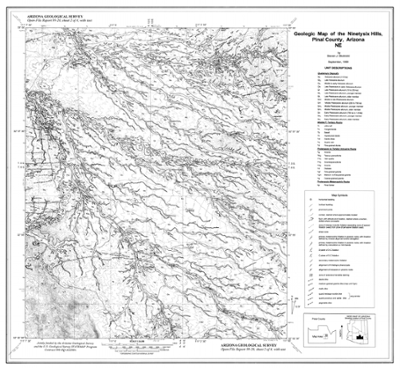 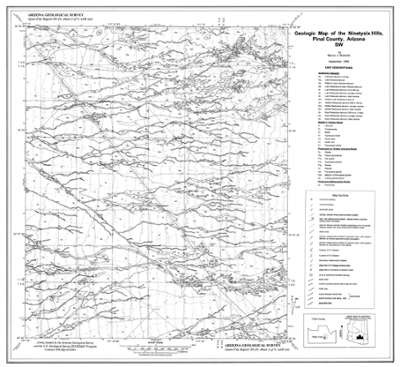 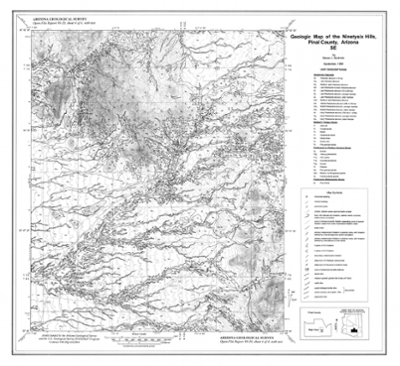 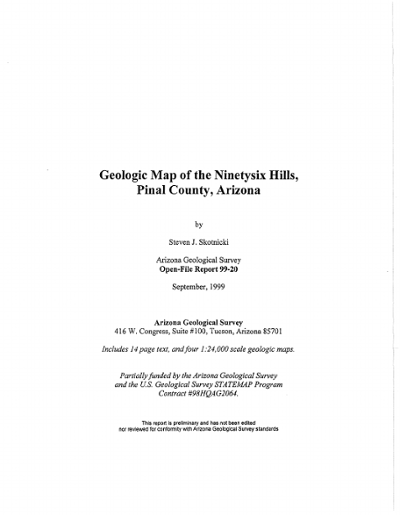 The Ninetysix Hills of Pinal County, Arizona, consist of a series of low hills and pediment situated about half way between the towns of Florence and Catalina, and are about 70 km (45 mi.) north of Tucson (see figure 1). The low spine of hills is underlain by at least four separate granitic plutons. The older pluton, a coarse-grained K-feldspar megacrystic granite exposed in the south, is intruded by a medium-grained granite to granodiorite. Both of these units are locally foliated, but have mineralogic and textural characteristics that suggest they do not belong to the regional suite of 1.65 to 1.7 Ga-old granites, but are younger. The quartz-porphyritic Teacup granodiorite (Krieger, 1974a, 1974b, Bradfish, 1979) comprises most of the northern part of the Ninetysix Hills, and is mapped to the north in the Grayback Quadrangle (Cornwall and Krieger, 1975) and North Butte Quadrangle (Spencer and Richard, 1997). The Teacup granodiorite appears to be intruded by a younger, medium- to coarse-grained, slightly peraluminous granite that forms the central part of the range.