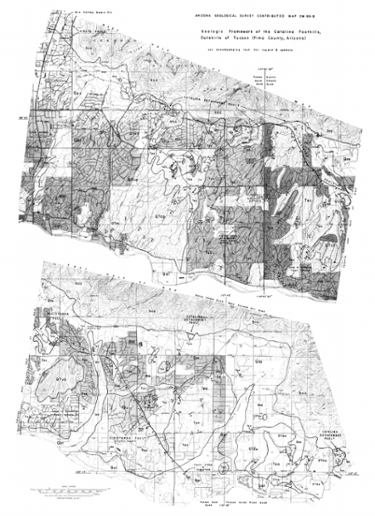 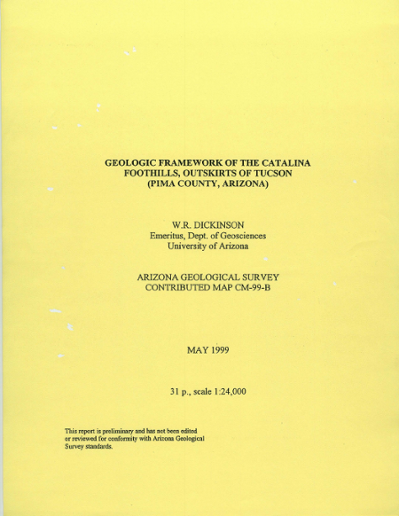 Past geologic maps and accounts of the sedimentary, geomorphic, and structural geology of the piedmont of the Santa Catalina Mountains in the outskirts of Tucson by Voelger (1953), Pashley (1966), Davidson (1973), Creasey and Theodore (1975), Banks (1976), Anderson (1987), Pearthree et al. (1988), McKittrick (1988), and Jackson (1989) raised questions about the sedimentary evolution of the foothills belt that were left open or unresolved. Multiple dissected alluvial fans and pediments overlie much older faulted and tilted strata to form Cenozoic sedimentary assemblages of considerable stratigraphic and structural complexity. As a contribution to improved understanding of urban geology in the Tucson metropolitan area, systematic geologic mapping of the piedmont belt was undertaken to establish the overall geologic framework of the Catalina foothills (~ 175 sq km) at a common scale (1 :24,000). The area studied extends from Oracle Road on the west to the vicinity of Rinconado Road on the east, and from the Rillito River and Tanque Verde Wash northward to the limit of bedrock exposures at the base of the Santa Catalina Mountains.