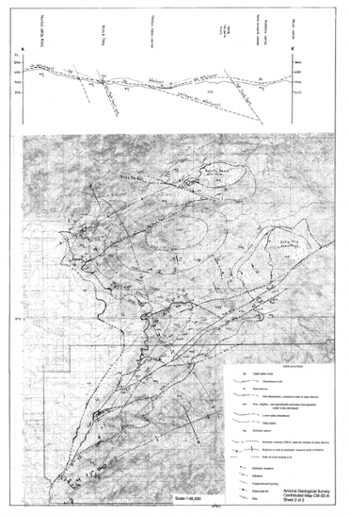 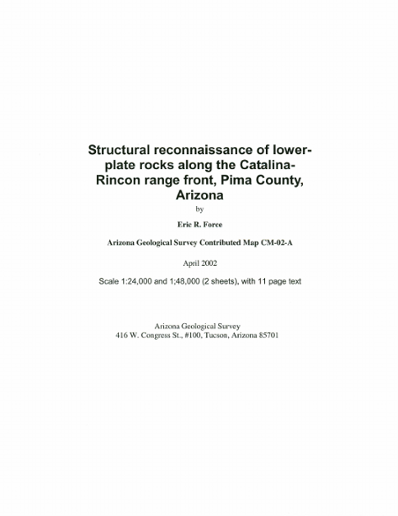 The Santa Catalina and Rincon Mountains of southeastern Arizona (Fig. 1) were seminal in the development of the concept of metamorphic core complexes (Davis and Coney, 1979). The first steps in this development were the recognition and description of low-angle normal faults (Pashley, 1966) and mylonitic rocks (Ted Theodore and Norm Banks in Banks, 1974) all along the sinuous range fronts (Fig. 1). Because early workers in these areas noted a striking parallelism and identical vergence of mylonitic fabrics and structurally overlying detachment faults (Davis, 1980; Wust, 1986; Reynolds and Lister, 1990), these two features became married as deep ductile and shallow brittle aspects, respectively, of extensional tectonics (e.g., Spencer and Reynolds, 1989). The Catalina-Rincon metamorphic core complex became a "type" example partly by virtue of its early description.