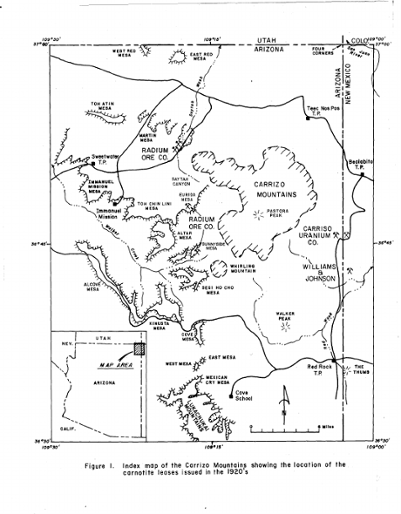 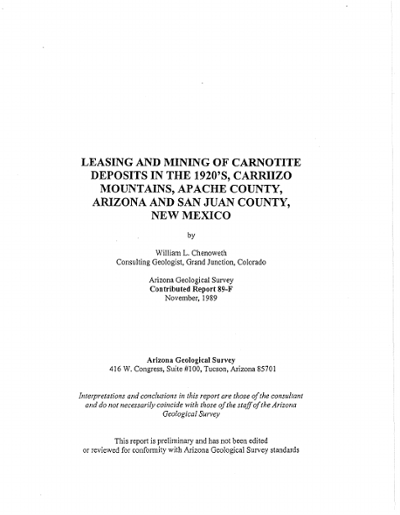 During the early 1920's there was a small amount of exploration and mining of carnotite ores in the Carrizo Mountains for their radium content. Very little factual information on this activity has been published, and some is incorrect. For example, a recent paper by Finch and McLemore (1989) states that these ores were mined from 1923 to 1927, when the only recorded production occurred in 1920. The principal source of data presented here is a detailed report prepared by the General Services Administration (GSA), Indian Trust Accounting Division for the Navajo Tribe. This document (GSA, 1981) was admitted as evidence in U.S. Claims Court, Navajo Tribe vs. United States, Docket Nos. 69 and 299 (copper, vanadium, uranium, sand, rock and gravel claims) held in Albuquerque, New Mexico, February 24-March 4, 1983. A copy of the vanadium and uranium section was obtained by the Grand Junction Area Office of the U.S. Department of Energy, where the author was formerly employed.