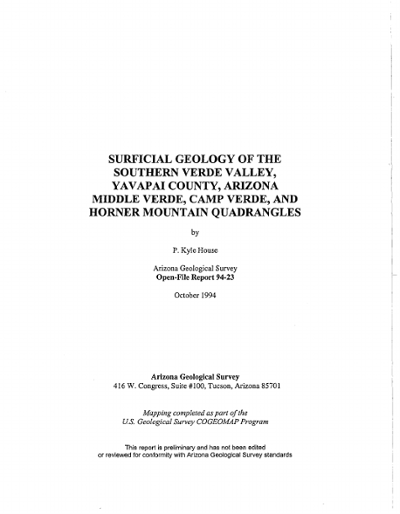 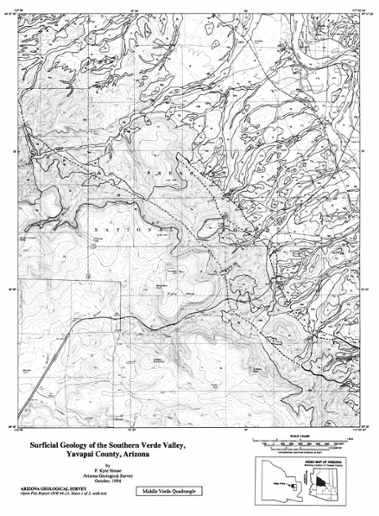 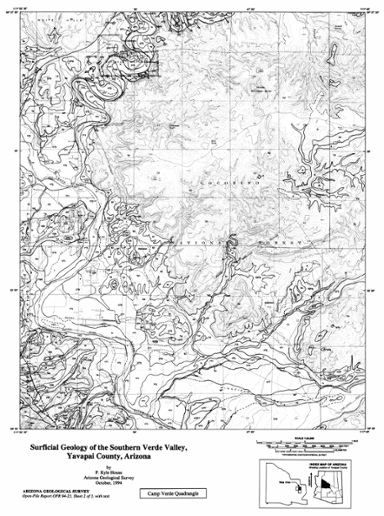 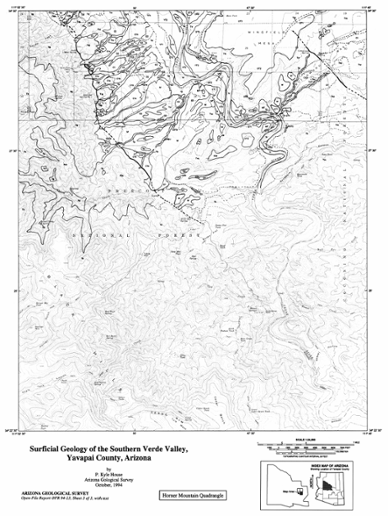 This report contains three detailed maps depicting the distribution of Quaternary alluvial deposits and their associated geomorphic surfaces in the southern portion of the Verde Valley. Preliminary age estimations based on relative age criteria and soil development characteristics are assigned to each unit. Each map also depicts the distribution of generalized bedrock types in the area. The principal traces ofthe Verde Fault and other, subsidiary faults that may cut Quaternary surfaces are depicted in these maps, but other geologic structures are not. This series of maps is a continuation of previously completed surficial geologic mapping ofthe northern Verde Valley (House and Pearthree, 1993). The surficial units are essentially the same, however, some new subdivisions of principal units have been introduced and some different generalized bedrock types are present. Each map in this report contains abundant geological information related to the effects of Quaternary climatic fluctuations on the evolution of the Verde River, its major tributaries, and adjacent piedmont areas. The influence of drainage basin and substrate lithology on the evolution of the regional landscape and the persistence offluvial landforms is clearly evident in these maps. In addition, the maps contain information relevant to the distribution and character offlood hazards, vegetation assemblages, potential soil problems, and the distribution of gravel deposits that may be of economic value. (20 pages and 3 map plates)