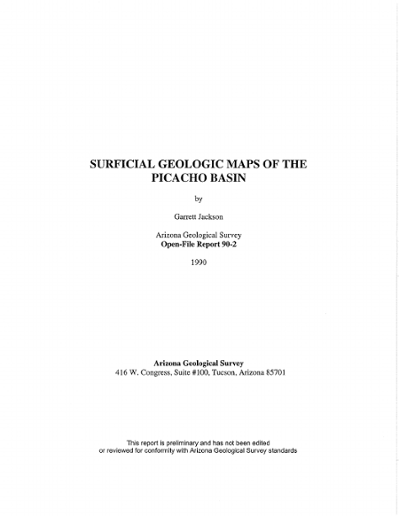 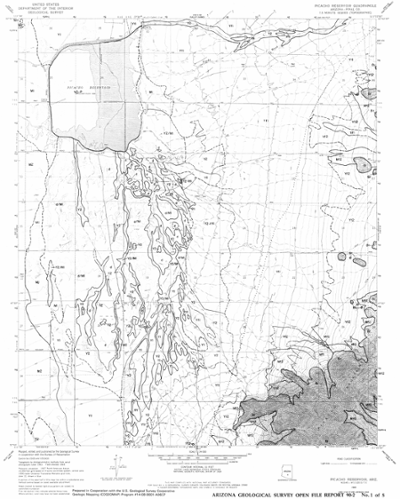 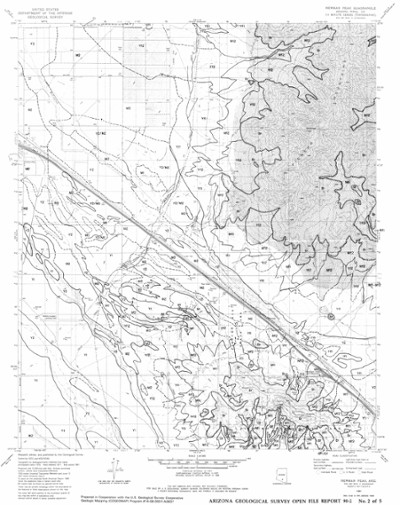 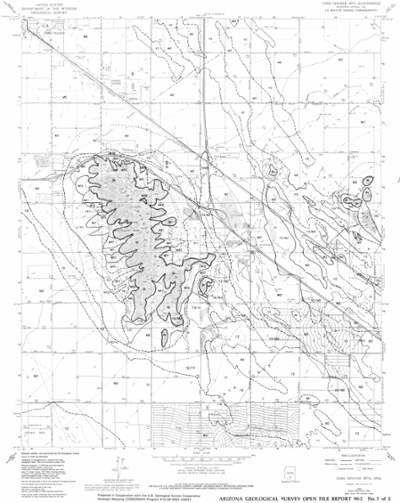 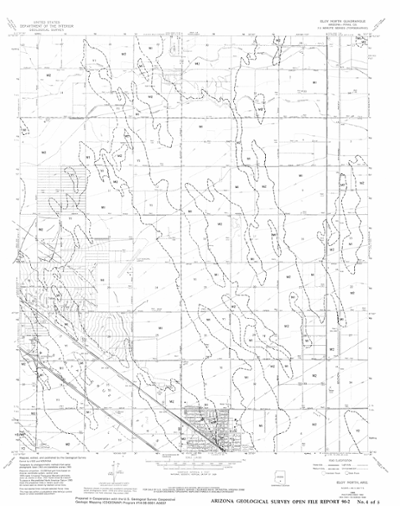 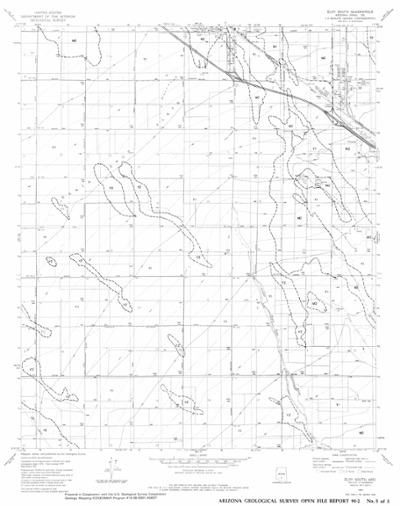 Surficial geologic maps of the Picacho Basin. The Picacho basin is a large and complex graben surrounded by horsts and half-horsts, which are now the Picacho, Casa Grande, Silverbell, and Sacaton mountains. It formed mainly in response to late Miocene extension. Internal drainage probably persisted until about 3 million years ago. Several thousand meters of sediments fill the basin; 2000 m of evaporites and claystone form the bulk of the basin fill (Scarborough and Pierce, 1978). The upper 200 meters or so of basin fill was deposited by a gradually aggrading, regionally integrated drainage system. Young alluvium of the Santa Cruz River is up to 30 m thick and is found within 3.2 km of the modern channel (Pool, 1986). Although the Picacho Basin does have external drainage, extremely low stream gradients and a lack of long-term downcutting have resulted in playa-like sediments, eolian deposits, and a lack of significant elevation differences between "terraces. Unlike basins upstream, the Picacho basin has not been incised significantly during the Quaternary. One report and 5 map sheets, 1:24,000 map scale. Scale 1:24,000