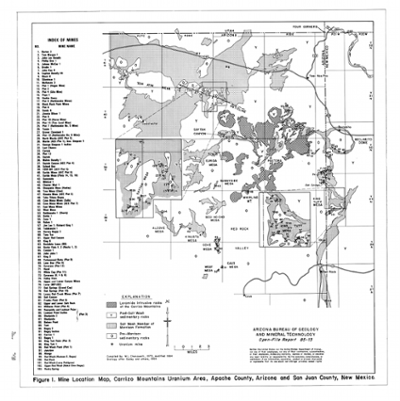 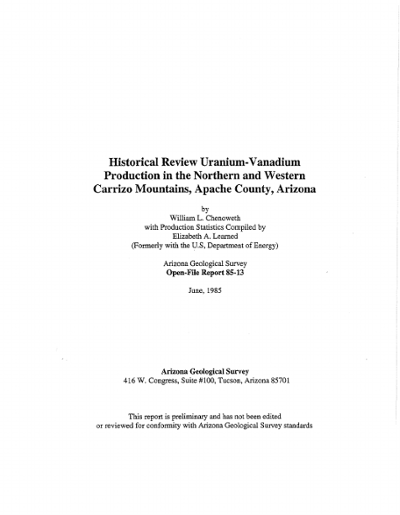 The carnotite deposits of the northern and western Carrizo Mountains have been mined for their radium, vanadium, and uranium content since 1920. The deposits, in the Salt Wash Member of the Morrison Formation, were discovered about 1918 by John F. Wade. In November 1920, Wade's Radium Ores Company shipped 40,000 pounds of ore, probably to a buying station in Colorado. During the early 1940s, in response to a vanadium purchasing program by the Federal Government, a total of 11,205 tons of ore averaging 2.24 percent V2OS were produced from five leases in the northern and western Carrizos. Uranium for the secret wartime Manhattan Project was recovered from the ores at Monticello, Utah and Durango, Colorado. Mining resumed in the Carrizo Mountains in 1948 as the result of the Atomic Energy Commission's (AEC) uranium procurement program. From 1948 through 1966, some 60 properties in the northern and western Carrizo Mountains produced a total of 73,118 tons of ore averaging 0.21 percent U308 and 1.64 percent V20S- Properties originally acquired for vanadium mining in the 1940s accounted for 77 percent of the uranium produced under the AEC program. (38 pages)