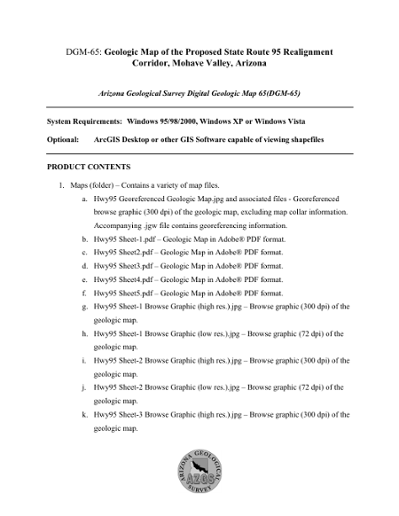 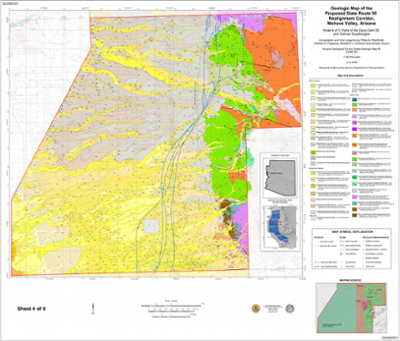 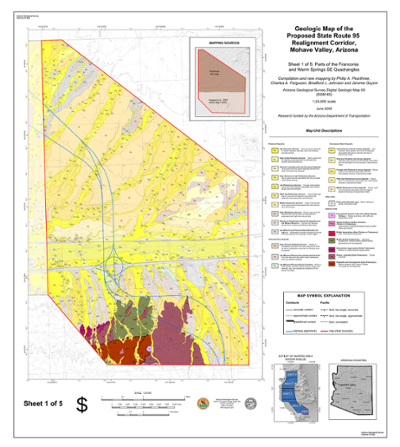 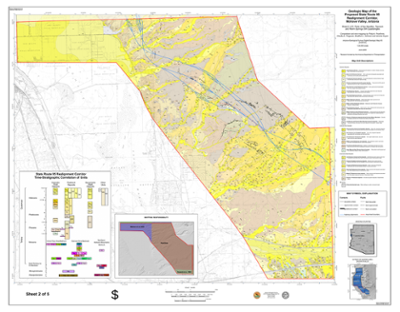 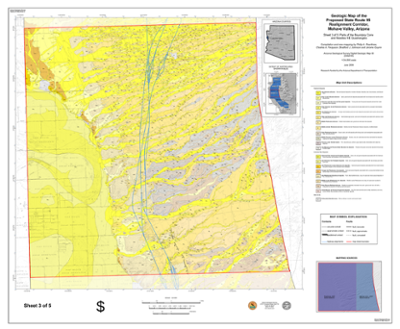 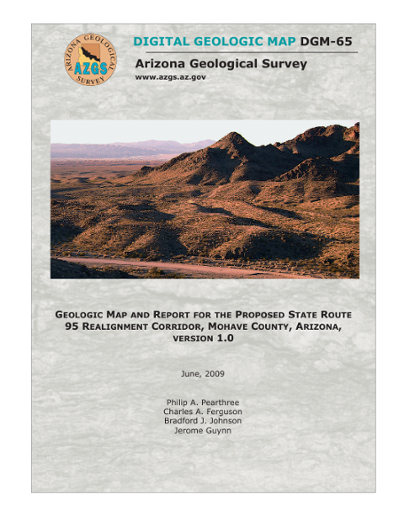 These geologic map sheets and report encompass the proposed State Route 95 Relocation Corridor in Mohave Valley, western Arizona, between the Black Mountains on the east and the Colorado River on the west (Figure 1). The maps were developed through compilation of existing geologic mapping and extensive new geologic mapping. The map area includes a portion of the historical floodplain of the Colorado River, a broad swath of the piedmont east of the river, parts of western flank of the Black Mountains, the channels and terraces of Sacramento Wash, and the northernmost piedmont of the Mohave Mountains (the Powell Mountain area). The corridor is predominantly covered with late Miocene and younger alluvium deposited by local tributary washes and the Colorado River. Deposits range in age from modern to at least 8 Ma (millions of years ago), and deposit characteristics and composition vary substantially depending on whether they were emplaced by the modern Colorado River, older versions of the river, or tributary washes derived from the Black Mountains or the northern end of the Mohave Mountains. The northern, northeastern, and southernmost parts of the map include a variety of bedrock types ranging in age from early Proterozoic to middle Miocene. This map and report describe the physical characteristics of geologic units of different ages and sources, the mapped extent of various geologic units, and potential geologic resource and geologic hazard implications of this mapping. These maps include modified versions of portions of several published maps that have been completed in this area since 1997 (Howard et al., 1997; Howard et al., 1999; Faulds et al., 2001; Murphy et al., 2004; Pearthree and House, 2005; Pearthree, 2007; Spencer et al., 2007; Malmon, in review). Extensive new surficial geologic mapping and bedrock mapping was done where needed.