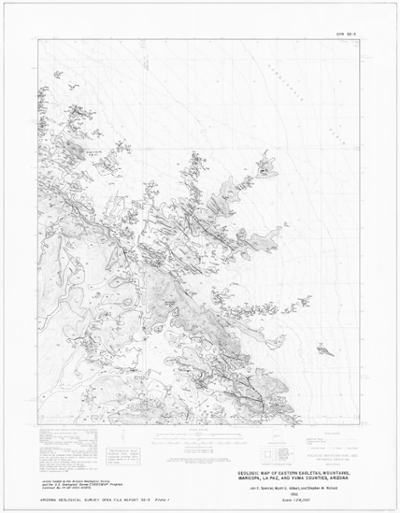 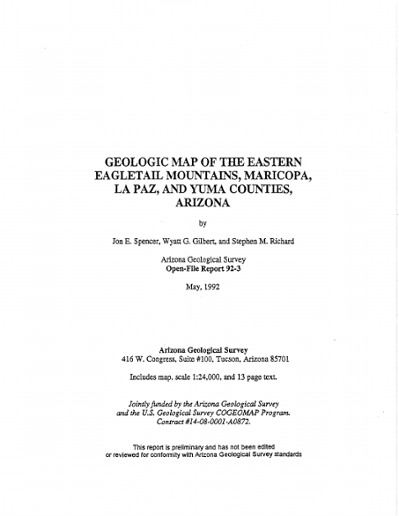 The area described in this study includes the eastern Eagletail Mountains, Maricopa, La Paz, and Yuma counties, Arizona. The study area encompasses all of the Eagletail Mountains East Quadrangle (1:24,000) and is partially within the Eagletail Mountains Wilderness Area (Figure 1). Bedrock in this area consists largely of pre-Tertiary granitoid rocks of probable Jurassic age that are intruded by numerous Tertiary dikes and overlain by an extensive sequence of Miocene silicic volcanic rocks and subordinate mafic and intermediate volcanic units (plate 1). Sources of data are shown in Figure 2, rockunit correlations and relative ages are shown in Figure 3, and map symbols are shown in Table 1. The area was mapped in part with funds provided to the Arizona Geological Survey by the U.S. Geological Survey COGEOMAP program, contract #14-08-0001-A0872. Field work was carried out by the authors in February, 1992. The views and conclusions contained in this document are those of the authors and should not be interpreted as necessarily representing the official policies, either expressed or implied, of the U.S. Government.