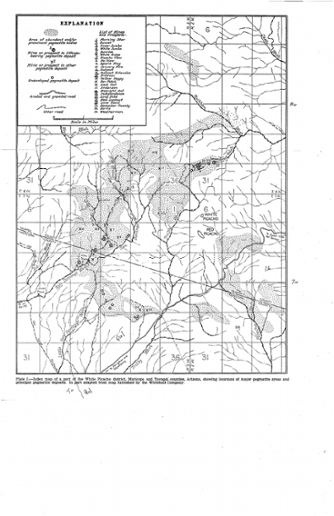 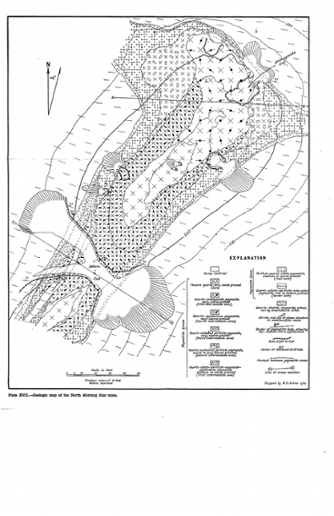 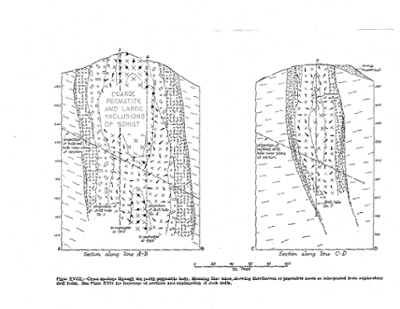 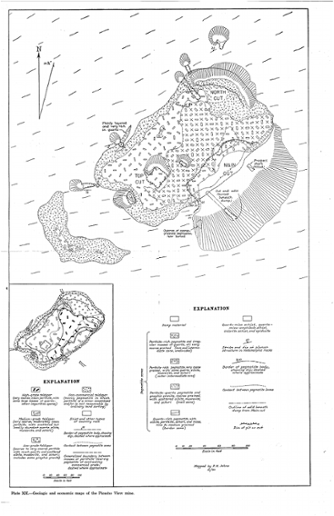 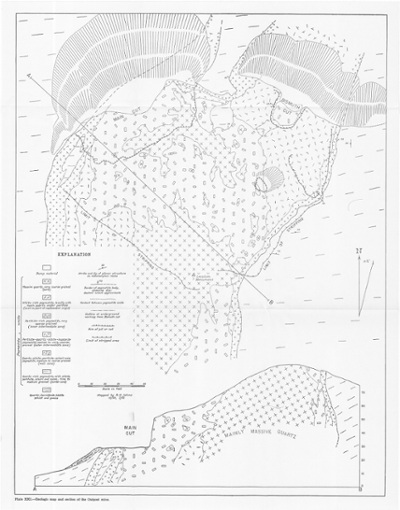 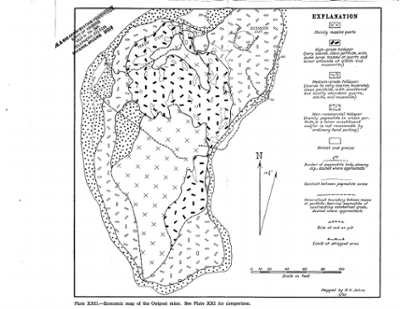 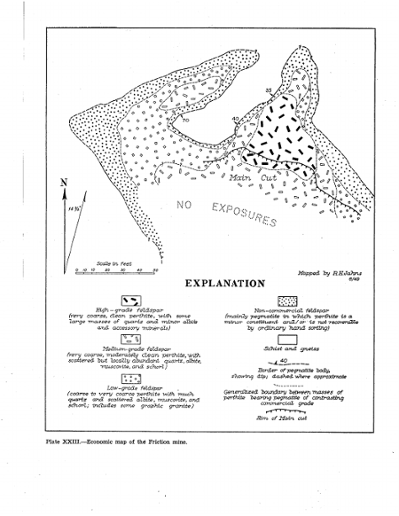 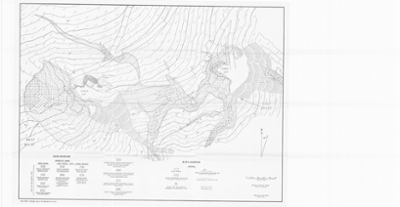 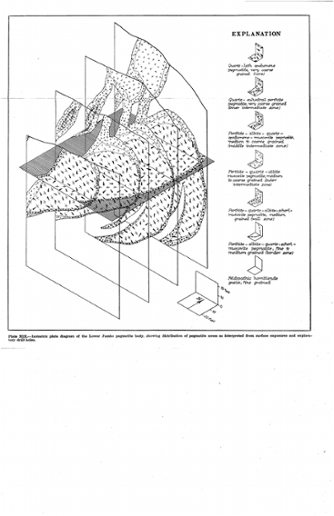 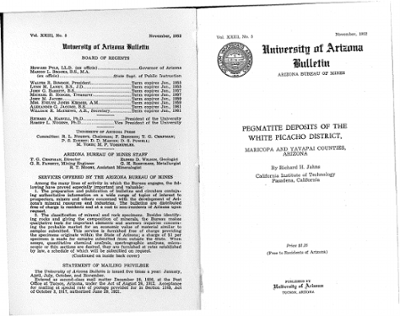 Deposits of pegmatite minerals are known from many parts of Arizona, and from time to time efforts have been made to develop some of them as commercial sources of feldspar, quartz, mica, beryl, lithium minerals, tungsten minerals, tantalum-columbium minerals, and other salable commodities. The pegmatites occur mainly in terranes or relatively old, crystalline rocks that appear within the Mexican Highland and Sonoran Desert portions of the state. These physical divisions of the Basin and Range province extend southeasterly from the Colorado River to the southern and eastern borders of the state, and lie southwest of the broad Colorado Plateau province (Fig. 1). Most of the largest and best known deposits lie within the so-called Arizona pegmatite belt, which is about 250 miles long, 30 to 80 miles wide, and extends south-southeastward from Lake Mead through parts of Mohave, Yavapai, Yuma, and Maricopa counties to points south of Phoenix (Fig. 1). The mine and mill of the Consolidated Feldspar Corporation, a few miles northeast of Kingman in the northern part of the pegmatite belt, represent by far the largest and longest-lived of the commercial operations for pegmatite minerals. A production of more than 100,000 tons of crude and ground feldspar has been obtained during the past three decades, and future operations should contribute substantially to this total. Both feldspar and ceramic-grade quartz have been taken from other deposits in the belt, but on a considerably smaller scale. Some sheet mica was produced during World War II from the Mica Giant pegmatite, southeast of Kingman, and modest amounts of scrap mica have been mined over a long period of years from other properties in the Hualapai Mountains, as well as from pegmatites north of Chloride, in central western Mohave County; others in the Weaver, Bradshaw, and Wickenburg Mountains of southern Yavapai County; and from still others in various parts of Maricopa County.