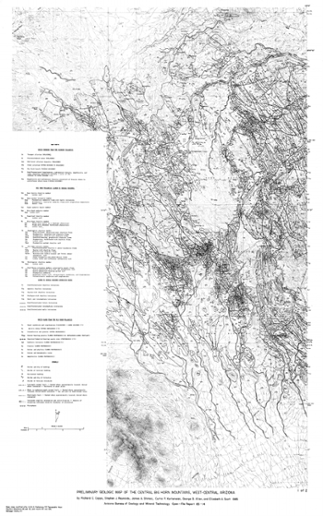 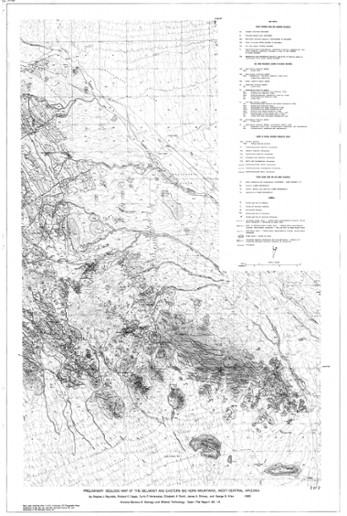 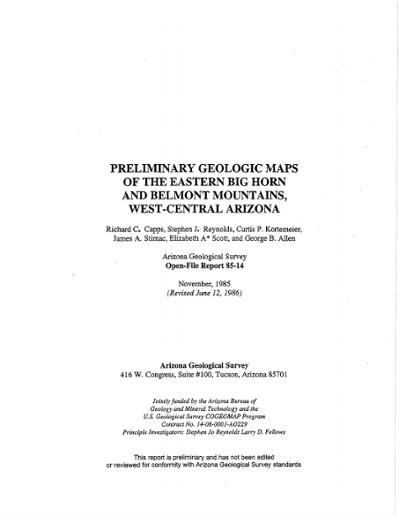 This report presents preliminary 1:24,000-scale geologic maps of the eastern Big Horn and Belmont Mountains in west-central Arizona. The mapping, completed between January and April 1985, was jointly funded by the U.S. Geological Survey and the Arizona Bureau of Geology and Mineral Technology as part of the cost-sharing, Cooperative Geologic Mapping Program (COGEOMAP). The aim of COGEOMAP is to produce high-quality geologic maps for areas that have been inadequately mapped. The Big Horn and Belmont Mountains were chosen because neither range had been previously mapped, except in broad reconnaissance for previous State geologic maps, and because both ranges have substantial mineralization and exploration activity. One report and two map sheets, 1:24,000 map scale.