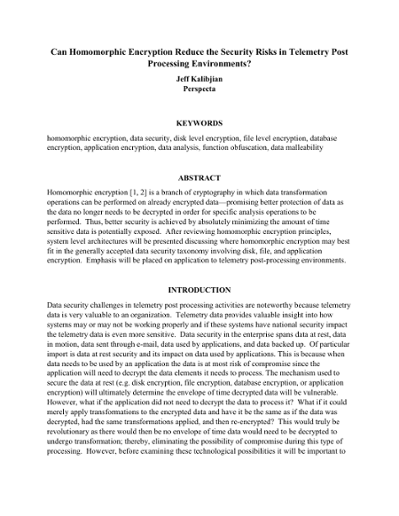 Homomorphic encryption [1, 2] is a branch of cryptography in which data transformation operations can be performed on already encrypted data—promising better protection of data as the data no longer needs to be decrypted in order for specific analysis operations to be performed. Thus, better security is achieved by absolutely minimizing the amount of time sensitive data is potentially exposed. After reviewing homomorphic encryption principles, system level architectures will be presented discussing where homomorphic encryption may best fit in the generally accepted data security taxonomy involving disk, file, and application encryption. Emphasis will be placed on application to telemetry post-processing environments.