Prevalence, Patterns, and Predictors of Depression Treatment among Community-Dwelling Elderly Individuals with Dementia in the United States 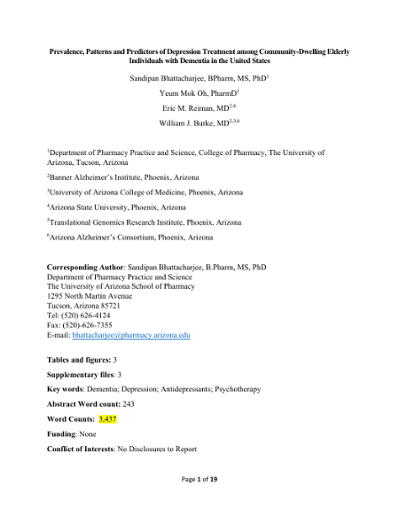