Rituximab or Cyclosporine in the Treatment of Membranous Nephropathy 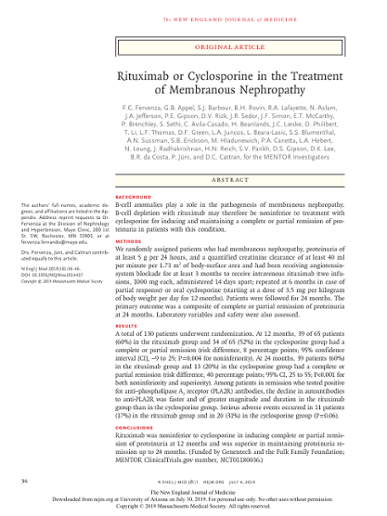